As prom preparations wrap up, candidates and final details are announced 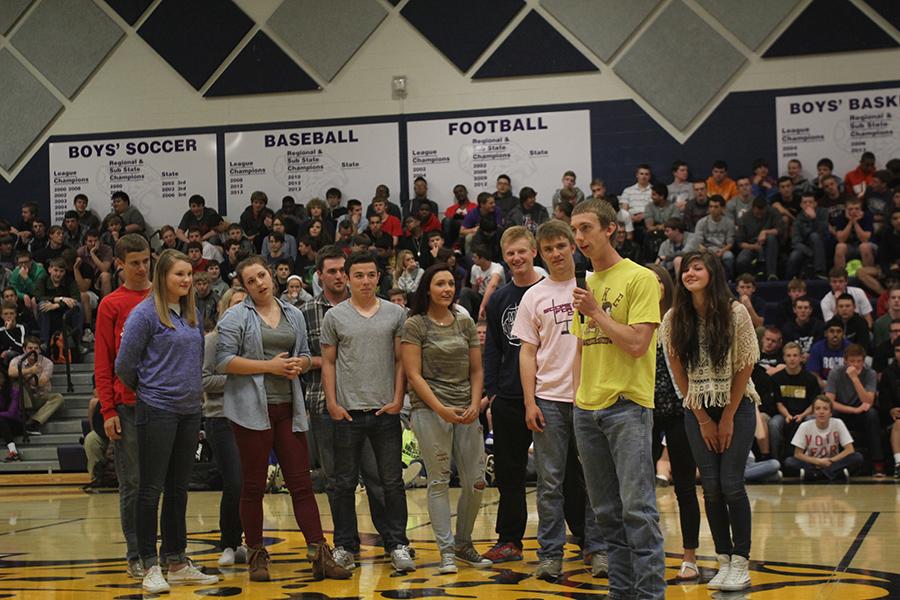 In recognition of their nomination, senior prom candidates participate in a improvisational skit during a pep assembly on Tuesday, April 29.

After weeks of planning and organizing, prom is right around the corner. This year’s dance will be held on Saturday, May 3 at the Madrid Theatre, located at 3810 Main St. Kansas City, Missouri. The dance will begin at 7 p.m. and end at 11 p.m.. Students will need to arrive at the dance by 9 p.m. in order to be admitted.

After prom will be held at Dave & Buster’s and will begin at 12 a.m. Students may not leave after prom until after 2:30 a.m.

The theme of the dance, determined by the prom committee, is inspired by the Great Gatsby.

“[As a committee], we thought [the Great Gatsby] would be an awesome theme because it was such a fun movie and time period,” prom committee member Hannah Hilton said.

The committee has been preparing for the dance for weeks and meeting for work nights three times a week to make decorations and other preparations.

“We don’t really have anything specific that we are most excited for about the dance, however we are really excited about the venue and that it’ll be much larger than last year,” Hilton said. “We just hope everyone has a great time.”