Project LIT Book Club Is back to in-person meetings 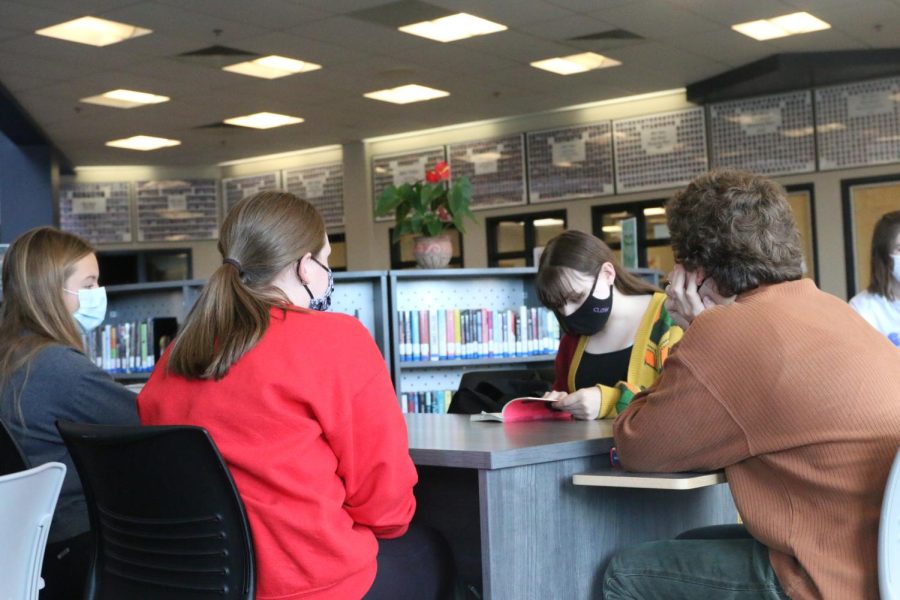 Talking to her small group, sophomore Ryleigh McCall finds a quote in the book that she enjoyed

Project LIT Book Club is off to a great start this year, with more members and a better club environment, members are happy the club is back in person.

According to sophomore Mackenzie Simpson, “meeting face-to-face has allowed the club to have more meaningful discussions this year.”

“I think we’ve gotten the opportunity to talk together, we’ve been able to be more connected in person,” Simpson said.

The club has seen an increased number of members since being back in person, according to junior Kate Hereth.

“Last year there were only a handful, probably not even 10 members,” Hereth said, “I haven’t done a count, but it’s definitely more than doubled in size”.

“Being back in person also opened up more ways to get the word out about the club,” according to Simpson.

“There’s advertising in front of the library, or there’s a QR code out there for the Project LIT book club,” Simpson said.

The club does more than just read, though, and Simpson explained the other activities the club’s members participate in.

“What we mainly do is read, but sometimes we make memoirs,” Simpson said. “We vote for other books and then take pictures for the yearbook.”

Hereth is excited for the club’s meeting this year, and looks forward to learning about new literature.

“[I’m excited about] being able to have more meetings than we did last year, and reading all of the different books and exploring all those different books that we might even not have known existed,” Hereth said.