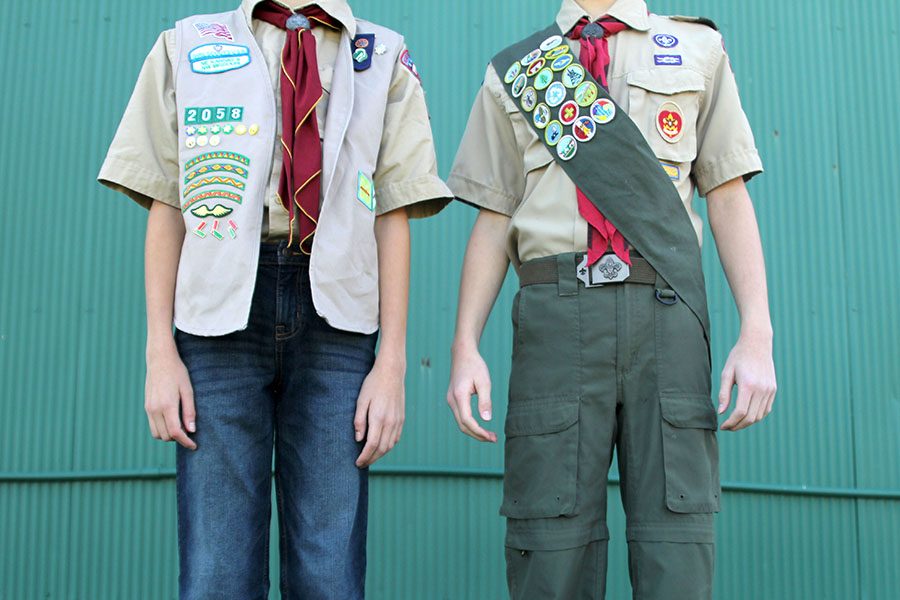 For over a century, Boy Scouts of America has been for exclusively for boys. However, girls will be allowed to join the program in 2018.

A recent decision, passed by the Boy Scouts of America, ruled that girls now have the option to join Boy Scouts after the organization received many requests from the families of young girls. The group consulted members and leaders of the program before making the ruling, which will go into action in 2018.

The Boy Scout program was founded in 1908 with the intent of teaching boys aged 11 to 17 skills such as tracking and observation, while emphasizing good character at the same time.

Similarly, Girl Scouts was formed in 1912 to prepare girls for the future through building character, courage and confidence. Initially, the organization taught skills related to home-making, but shifted to focusing on communication and service.

“I think that it’s something that should’ve been done a long time ago,” McClain said. “Scouting should be not dependent upon gender, and I think those values that are taught through scouting should be the same for both males and females.”

McClain thinks that the decision will reveal some of the problems that Girl Scouts has in the services it offers.

“I definitely think [the decision] brings to light some of the flaws that were in the institution of Girl Scouts. I think Girl Scouts was kind of driven based on stereotypes,” McClain said. “A lot of Girl Scout camps … have things that are stereotypical to girls. I think that this decision really kind of calls them out on their bias.”

Senior Marissa Olin was rejected from joining Boy Scouts three years ago, so she joined Venture Scouts as a way to have similar experiences.

Venture Scouts is a program of the Boy Scouts of America that allows boy and girls from the ages 14-21. Although the program started in the ‘30s, it did not start allowing girls until 1969. Their main focus is career exploration.

“I joined Venture Scouts, which is kind of a middle ground, and it was basically the same thing,” Olin said. “I was a counselor at a Boy Scouts camp for a while. They work so closely with the Boy Scouts in our area that it was almost the same thing.”

Junior Tyler Hilk has been a part of the Boy Scouts organization for 10 years and holds the of Life Scout. He believes there are fundamental differences between the two organizations.

“[Boy Scouts] is a charter organization,” Hilk said. “So we have to follow government laws and go through a lot more registration than Girl Scouts do. They are able to do a lot more activities without requirement or restriction. I don’t think the rules are different, necessarily, I think it’s just the charter and organization that keeps us apart.”

Hilk disagrees with the ruling, citing differences in genders.

“I know guys need time to be guys and girls need chances to be girls, separate from each other, and together we still act as a society,” Hilk said. “The camaraderie, I feel like, wouldn’t necessarily be as strong if there was a girl, per se, in a troop of all guys.”

However, McClain believes she could have achieved more if she were able to join Boy Scouts.

“I think it would have impacted my scouting experience,” McClain said. “I think I would have strived for the rank of eagle, because it’s so well respected and I would have been a little more involved if I had gotten the same opportunities that Boy Scouts had.”

Olin believes there would be rewards to joining Boy Scouts now, such girls being able to achieve the Eagle Scout ranking, which she described as receiving “more recognition than the Gold Award.” The Gold Award is the Girl Scout equivalent of Eagle Scout.

“People my age are allowed to join just for the Eagle Scout and they don’t have to do any of the lead up,” Olin said. “I think it’s a great opportunity and I am heavily considering going for it.”