New changes to journalism affect how students get their news

Some of the leading variations include the fake news era, the digital age and the addition of free content 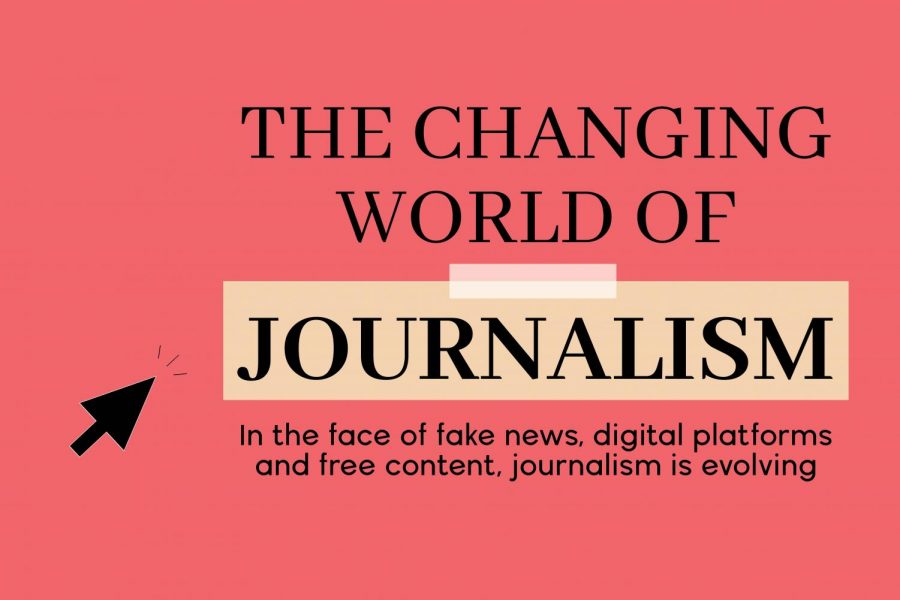 Whether it’s catching up on the daily news, checking the weather or searching for articles to write a research paper, journalism and the media in general, is ingrained in society. However, journalism is changing in a number of ways.

In the era of “fake” news, students, teachers and professional journalists alike have started to step up to ensure they’re producing as well as receiving the highest quality of information possible.

A large contributor to the spread of false or misleading information comes from the internet and the increased emphasis placed on online news outlets. While the instant transfer of information has been beneficial in numerous ways, it has also sped up the packaging process significantly. To help suppress the need for instant updates, journalists have begun diversifying their reporting skills in college by introducing new courses. In the digital age, a career in journalism no longer only refers to a career as a reporter or photographer.

With new opportunities, comes new problems. The increased digitization of news has benefited the public by introducing  “free” access to knowledge, however, journalists and publications, especially those printing on paper, are suffering as a result. From increased layoffs to closings of local publications, such as the Shawnee Dispatch, the era of free content may bring about the narrowing of information.

In the era of “fake news”

In recent years, the phenomena of “fake news” has become increasingly prevalent, and as the false narratives have come under fire, credible journalism has suffered with it. From President Donald Trump’s usage of the term “fake news” to describe unflattering articles, to counselor to the president Kellyanne Conway defending the false claims by coining them “alternative facts,” accurate information can get lost in the mix. 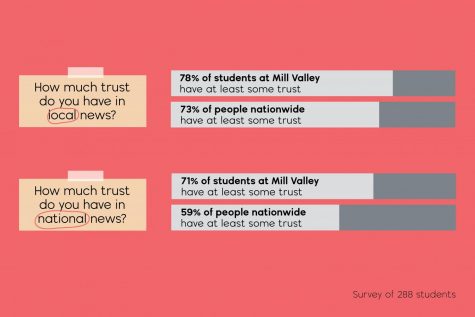 The effects are apparent. According to a Monmouth University poll, 77 percent of Americans believe major news outlets purposefully report fake news. Additionally, there has been an increase in verbal and physical threats to the press, according to First Amendment Watch.

To fight this epidemic, students, teachers and journalists alike have taken action to filter out the false articles from their media consumption and combat the prevalence of fake news.

Sophomore Madelyn Augustine has found that fact checking sources against each other is useful for weeding out inaccuracies in the media.

“All it takes to debunk a fake news article is a Google search. If there are multiple sources saying the same thing, then you have probably read an article that is true,” Augustine said. “But if you are seeing things that are saying the opposite and there are things in the headline and the website that just look fishy or tacky, then it’s blatantly obvious that you are not looking at a legitimate news source.”

Augustine points out that personal beliefs of journalists and news outlets inevitably bring bias into the way news is reported.

“You have to understand it’s not just ‘big news media source’ prints big news media,” Augustine said. “It’s a person who is going out and doing all of these [articles], so their beliefs skew what the actual facts are and what happened. If that reporter believes one way, the entire company probably believes very similarly …  There are companies that are really good, but nowadays, you don’t get media that is [always unbiased].” 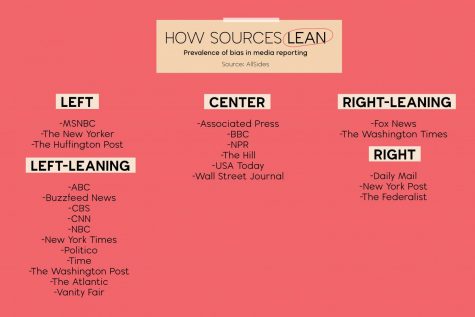 Augustine, like a majority of students, has been taught some form of media literacy in her English class. English teacher Ashley Agre advises students to think critically about the publishers of news websites and find articles that analyze the same facts in different ways to become aware of how bias can manipulate the way an audience views things.

“I think it is important that when you are reading articles to learn something new; read articles based on fact and not on opinion,” Agre said. “Something that was once reliable can become less reliable just based on who’s in charge. Kids need to be able to read multiple copies and not just from one place. Go to a place you agree with, go to a place you disagree with and then go to some more. Make a decision based on all of that.”

Some English teachers may choose to bring their class to the media center for a lesson from media center specialist Andy Shelly. Beyond searching through books and encyclopedias, Shelly emphasizes the information database that every student has free access to.

“I usually direct students to databases because if you go to to databases, that’s already information that has been vetted by editors,” Shelly said. “You know that all the information in there is accurate and reliable.”

For sophomore Seth Jeanneret, the intentional spreading of fake news is disheartening because the effects go beyond making a quick paycheck or promoting a favored politician. 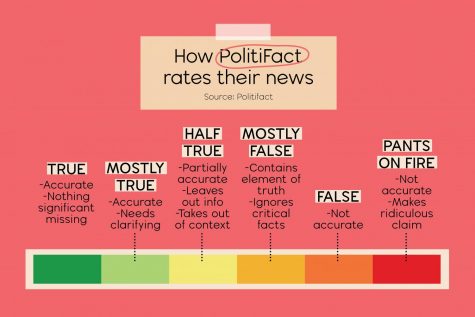 Augustine is hopeful for an end to fake news because she believes herself and her peers are able to detect false news better than older generations.

“With this technology comes the uprising insurgence of fake news,” Augustine said. I think our generation especially is really good at finding out what fake news is because we have been raised on technology.”

Outside of the school, journalists are learning to adapt to fake news. PolitiFact is dedicated solely to fact-checking claims that circulate on the internet or claims made by public figures and politicians. Their goal is to “give citizens the information they need to govern themselves in a democracy.”

Executive director of PolitiFact Aaron Sharockman believes that while journalism requires impartiality, most of the time the quality of an article comes down to an author.

“I think journalists all have opinions,” Sharockman said via email. “But, professional journalists should be able to separate their personal positions from the stories they cover.”

In the digital age

Beyond the emphasis on copy-editing, journalism is changing at its core due to the increase of digital storytelling. In today’s advanced technological environment, what it means to be a journalist has been transformed by online and social media. Clinical Professor of Communication at the University of Southern California Dr. Karen North believes this has redefined how journalists must effectively present information. 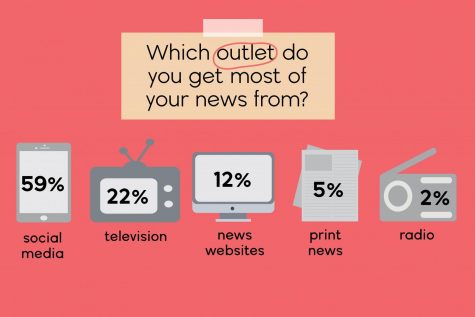 “It’s become almost a requirement that people understand that there are digital and social media platforms, so [journalists] not only have to be more creative in the way that they produce their stories, they have to be effective in how they use social media to branch themselves and their news outlet,” North said via email. “They can find and reach their potential audiences.”

University of Kansas student Braden Shaw, who’s pursuing a career in sports journalism, agrees with North that a complex understanding of how an audience views news content contributes to the success of the journalist and media outlet. He consistently does a video giving audiences a preview before each event he covers and provides updates for those not watching a game by live-tweeting.

“[Professors] want you to be pretty well-rounded, so I’ve taken design, reporting, research and editing classes — a little bit of everything, Shaw said. “I think as we evolve into this social media age with different ways to consume media, journalists have to adapt more. Being able to adapt, utilize video and effectively use social media are really important.”

Shaw is the associate sports editor for the University Daily Kansan and reporter for the radio station KJHK. While others may think journalism careers are becoming narrower, Shaw believes there’s no shortage of experiences in the field.

“I think there are more opportunities than most people would think. I don’t think journalism is dying, like some people have said in the past,” Shaw said. “With the influx of different videos and social media, more jobs are opening up or changing. The way people are reporting is changing, not necessarily the jobs themselves.” 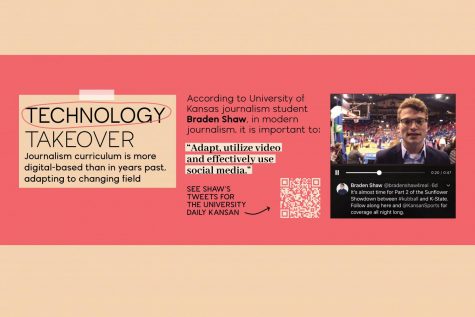 The ability to effectively communicate ideas is not exclusive of the journalism industry. In fact, North has seen the necessary education for journalists be transferable across a wide variety of careers.

“The skills that go into being a good journalist are actually the skills that are fantastic foundations for almost any career,” North said. “[Professions] like being a lawyer or running a business involve being able to find the relevant facts, doing analysis of the information provided and coming up with an accurate and persuasive story.”

Additionally, according to communications teacher Annie Goodson, the increased digitization of news articles has caused changes in the advertising and marketing side of journalism.

“The way that news advertises itself now has changed so much. My mom was a newspaper editor, like in actual print journalism. They weren’t so much in the position to have to advertise and get clicks because everybody already got the newspaper,” Goodson said. “As print journalism kind of went away and digital journalism took its place, the way we advertise has changed.”

Journalism and communications are the 13th most popular majors, according to Niche, and it appears it will remain a popular path of study. In a poll conducted by Education Week Research Center, 44 percent of secondary school journalism educators recorded an increase in enrollment for journalism courses. Additionally, 30 percent has noticed an increase in students’ interest in majoring in journalism or pursuing a career in the field later in life.

Senior Crystal Sivilayvong, who is considering a career in advertising or public relations, will be attending the University of Kansas in the fall to pursue a degree in strategic communications. Journalism was not something she ever dreamed of specializing in, but was surprised to find out it adapted well to her career needs.

“Before when I thought of journalism, I thought of writing and editing, but I realized it’s so much more than that,” Sivilayvong said. “I love everything journalism stands for, which is broadcasting to the public. The high school journalism I got to experience gave me the final push to pursue it in the future.”

Digital content allows readers to get instant news, often for free. According to authors from the University of Pennsylvania, sites that provide “free” content often make their money by allowing third-party advertisers to monitor users’ activities and interests while they’re on the site.

In the age of free news content, Goodson believes that getting a paid subscription to a reliable news source is important because what separates fabricated information from accurate news is having a higher quality product. 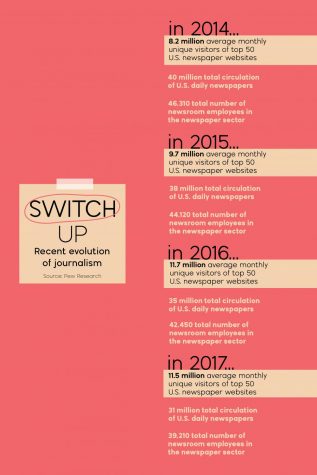 “The best news publications are all going to cost money. The stuff that is free is going to be stuff like Breitbart and Huffington Post and stuff that is not super credible, and is oftentimes inaccurate,” Goodson said. “So, I think it is worth paying for your news because that way you know you are going to be getting the best information.”

Paying for news is not always for the sole purpose of having personal access to reliable information; one should pay because individuals should support the journalism industry as a whole, according to Goodson.

“After the sale to Ogden and being laid off, I kept in touch with my former colleagues. They told me that in addition to the staff being cut in half, distribution was also cut,” Lavieri said. “I was told the new ownership group didn’t put much in the way of resources, didn’t really pay attention and the paper struggled to stay afloat as ad sales dwindled. “

Lavieri believes local news stations are the pinnacle of what makes up journalism.

“Citizens should support local journalism because there are so many good stories involving their neighbors to be told. Local journalism is the only way to receive local news,” Lavieri said. “The mainstream media has finite resources and covers what appeals to the masses. Community journalism can get into the nitty gritty that the larger papers can’t do.”