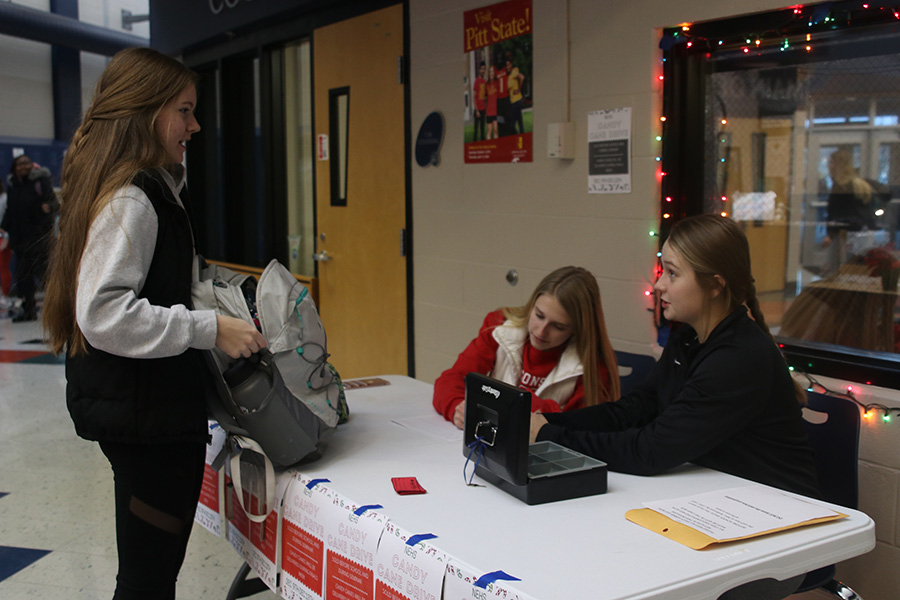 With finals week quickly approaching, NEHS is hosting its third annual Candy Cane Drive to mix both the holiday spirit and literacy together.

According to NEHS sponsor Page Anderson, the money from the Candy Cane Drive goes to the NEHS seniors.

Anderson hopes in the future to have raised enough money to award a scholarship to one senior in NEHS. With how successful years past have been, this year NEHS is hoping to double their profits says Anderson.

“We have been fairly successful in the past. We usually sell around 120 candy canes, although, I would like to sell double that amount. We have just started this year’s sales, but I am hopeful we will be successful due to the promoting we have done,” Anderson said.

NEHS officer Allison Gourd likes to see how people react when they are given a candy cane.

“My favorite part of the drive is definitely delivering the candy canes. The looks on people’s faces when they receive surprise candy canes are priceless,” Gourd said.

“I think that the true purpose of the candy cane drive is to really raise spirits during finals week and kind of get everyone in the festive mood,” Gourd said.

Keep an eye out for NEHS next week as they are delivering candy cane orders. They are being delivered during first block on Tuesday, Dec. 17.