‘My Octopus Teacher’ is a must-watch documentary on Netflix 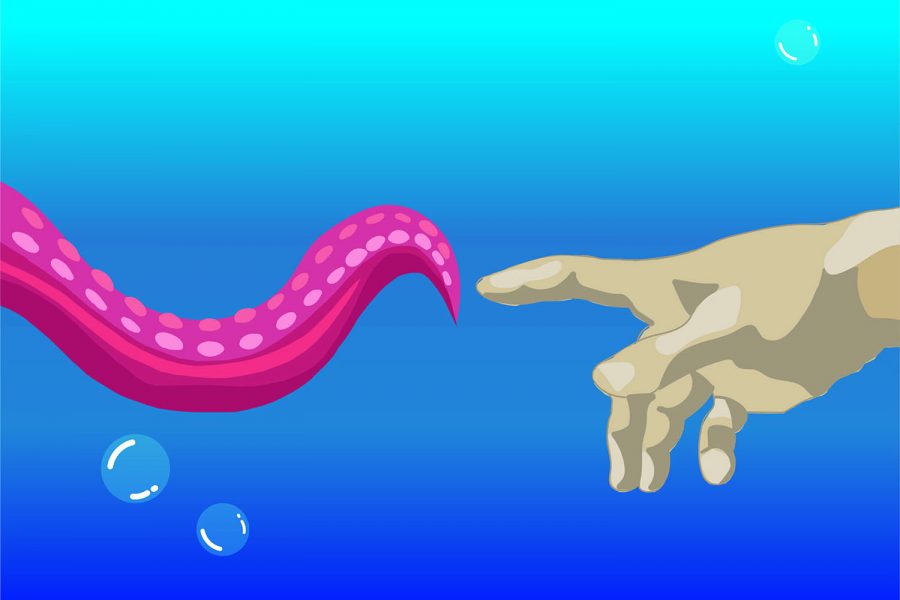 'My Octopus Teacher' is a Netflix documentary that tells the sweet story of an octopus and human's friendship.

Recently, while I was mindlessly scrolling through TikTok, I saw a video of a girl talking about this new documentary she had watched on Netflix, titled My Octopus Teacher, and how good she thought it was. I had nothing else to do so I decided to head over to Netflix and watch it. I was watching it as background noise at first, but then the story became so captivating that I had to focus my full attention on it. This documentary is so profound that I couldn’t help but think about it for a week after.

The documentary tells the story of a filmmaker who meets a wild octopus and becomes friends with it. The story starts when the man is snorkeling off the coast of South Africa. While swimming, he sees an odd object on the ocean floor, and it turns out to be an octopus. The man comes back to the octopus’ den every day after that to visit her. After a while, the octopus starts to trust him and would touch and hug him. The man followed her as she lived her life. This man’s experience with this animal is so different than normal; usually, the only contact people have with sea life is in a controlled area where the animals aren’t wild. This documentary shows a human and animal’s natural relationship.

My favorite part of the film was the shark chase. The man captured a scene that is hardly ever caught by humans. In the film, you see a shark hunt the octopus. The man follows the shark as it swims and chases after the octopus. The whole time it feels like you are just two feet away from the chase.

At the end of the movie, the man captures the true laws of nature when the octopus dies. Octopuses only live about a year, and amazingly the man caught the moments when her life came to an end. In the film you see the octopus die and sharks and other creatures scavenge her body. While her death was hard to watch because I had come to like the octopus, the film would not have shown the reality of nature if her death was not shown.  The most amazing part of the film is that it was all filmed by the man, so while he is telling the story of what happened, his own footage is playing.