Movie Review: ‘Woman in the Window’ 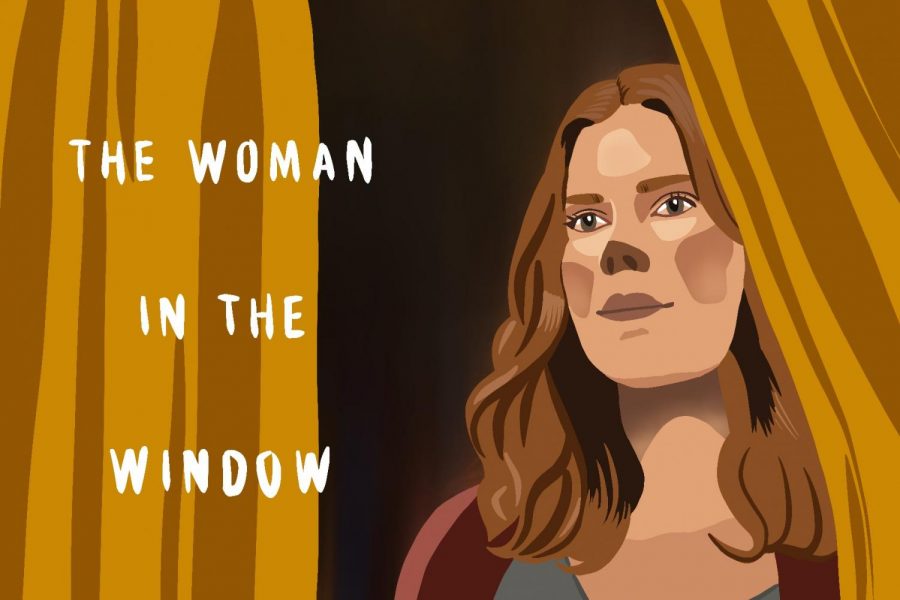 The Netflix Original "The Woman In The Window" was released Friday, May 14 and boasts a star-studded cast comprised of Amy Adams, Julianne Moore, and Gary Oldman.

After watching some lesser known files, we decided to mix it up with a review of a movie on Netflix’s trending tab: ‘Woman in the Window.’ The 2021 film from director Joe Wright follows the story of Anna Fox — portrayed by Amy Adams — an agoraphobic psychologist who witnesses a murder, only for chaos to ensue. While the movie definitely should come with a viewer discretion is advised label, ‘Woman in the Window’ is a piece of beautiful cinematography that has a unique story that leaves much to be desired.

I think I might hate this movie, but I’m honestly not sure. I gave it a 3.5/5 simply because I think it is definitely an above-average movie, but other than that I am really conflicted. Most of the time when I watch a movie it is pretty uniformly good, bad, or just ok. That was not the ‘Woman in the Window.’ First, the good. The drama and build up of this movie was really well put together. The mixture of music and score were done incredibly well and made for a very dramatic ride. In addition, the main character Anna was a brilliantly done character. I simply can not heap enough praise onto her development. She isn’t a perfect character — in fact, I would even dare to say she is a bad person — but I still found myself sympathizing with her. It takes some really powerful character development to make someone that conflicted (which being conflicted was definitely a theme of my feelings toward this movie). I also absolutely loved about 2/3 of the story. I don’t want to give anything away, so I’ll leave it at there is a scene of very good tension and the movie is nearly flawless for about an hour. The problem is, the beginning and end just weren’t very good. For starters, the movie took so long to get going. I mean my god, how many scenes are needed to develop her agoraphobia? It seemed like all of these scenes were setting up something bigger that paid off very infrequently. When they did pay off, it was done masterfully (specifically the realization about her family), but everything else just felt a little out of place. Then there is the end. The ending was fine, but it could have been so much better. I think they could have ended the movie a lot of different ways and this felt like the path of least resistance — and least cinematic value — which left me sad. Overall, I would say to watch the movie and give it a try. The reviews I’ve read from places like IMDB and Rotten Tomatoes don’t give the movie enough credit, but they do also highlight the large flaws. Honestly, I’m just so conflicted.

Right off the bat, I am going to say that this movie is really slow, specifically in the beginning. The time it took for the plot to develop allowed me to focus on the cinematography of the movie—the aspect of the movie that I found was unique. From the start, the shots of the scene created an eerie feeling that set the tone of the movie. As the plot started to develop, more elements were added into the cinematography that enhanced the emotions and feelings conveyed throughout most of the movie’s scenes. It wasn’t until the end that I realized the way the movie was filmed truly helped set the scene and made me feel like I was in the main character’s shoes. Personally, well executed cinematography in psychological movies is a technique that enables filmmakers to invoke emotions that can’t simply be shown through dialogue. There were multiple scenes, beginning to end, that had unique shots that I truly admired. Sure, the plot of the movie went from slow to eventful in the span of about 30 or 40 minutes, but watching the ways each scene was filmed was a fresh experience for me. Without the excellence of the cinematography, I probably wouldn’t have felt the emotions or perceived events the way I did while watching. It is hard finding movies that take advantage of cinematography to enhance their storyline these days; this is why I found myself enjoying the movie in the end.