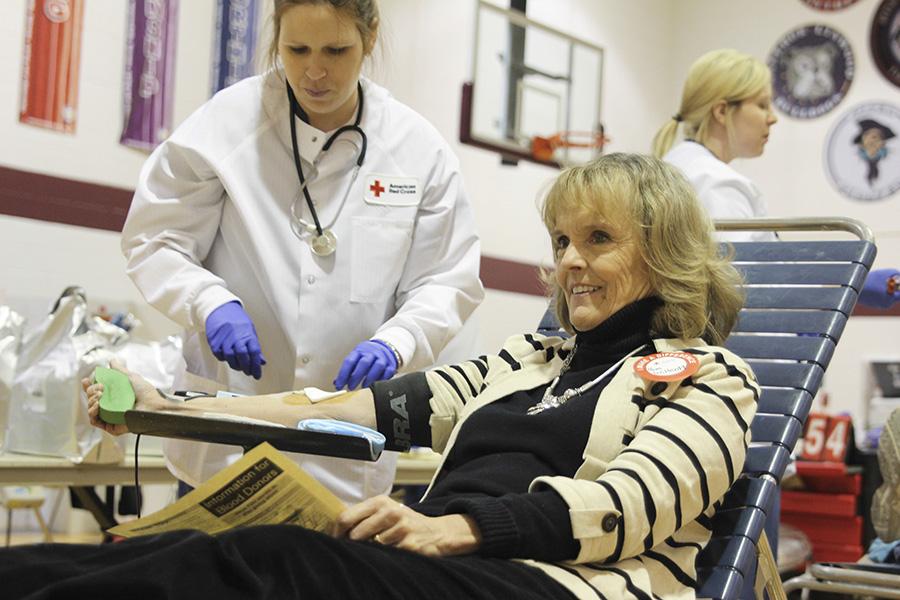 Anderson was diagnosed with leukemia in October and needed a blood transfusion to aid in his recovery.

However, Anderson says that he wasn’t the main reason to hold the blood drive.

“It was mainly because of the low blood banks in Kansas City,” Anderson said. “Those blood banks were something that I needed to tap into when I went to the hospital.”

Over 100 people showed up to donate blood, but only about 75 were eligible to donate. Eighth grade social studies teacher Justin Pickens was one of the many first-time donors.

“I want to make sure I am giving back to the community because it’s not that hard, so there’s no reason I can’t,” Pickens said.

Anderson has a positive attitude about his future and is thankful for everyone supporting him.

“I didn’t want to be down for long,” Anderson said. “I wanted to get back up and fight this thing.”