The school won its sixth state title in 10 years Saturday, May 2 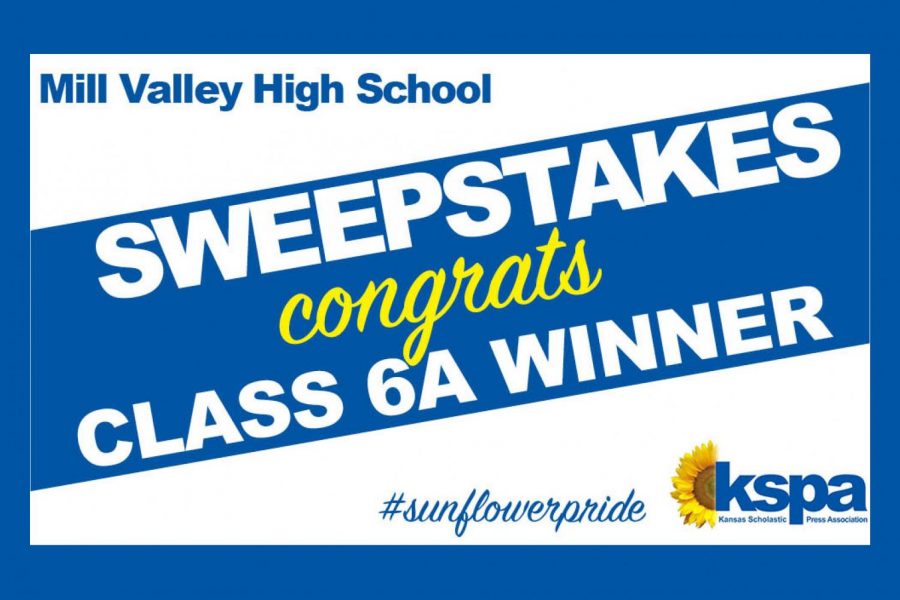 The Kansas Scholastic Press Association’s state journalism contest came with some adjustments due to the closure of schools in Kansas due to COVID-19. Instead of competing in writing categories on site at the University of Kansas, students submitted original entries online Saturday, April 18 that were then judged virtually by professionals and advisers across the country. Entries that qualified for state in design and photography categories at the regional contest in February were automatically entered and judged in the state contest. Results were revealed by KSPA via Twitter on May 2.

Junior Ben Wieland scored the most individual points (13) in the 5A/6A contest and earned 9 more points in team categories. 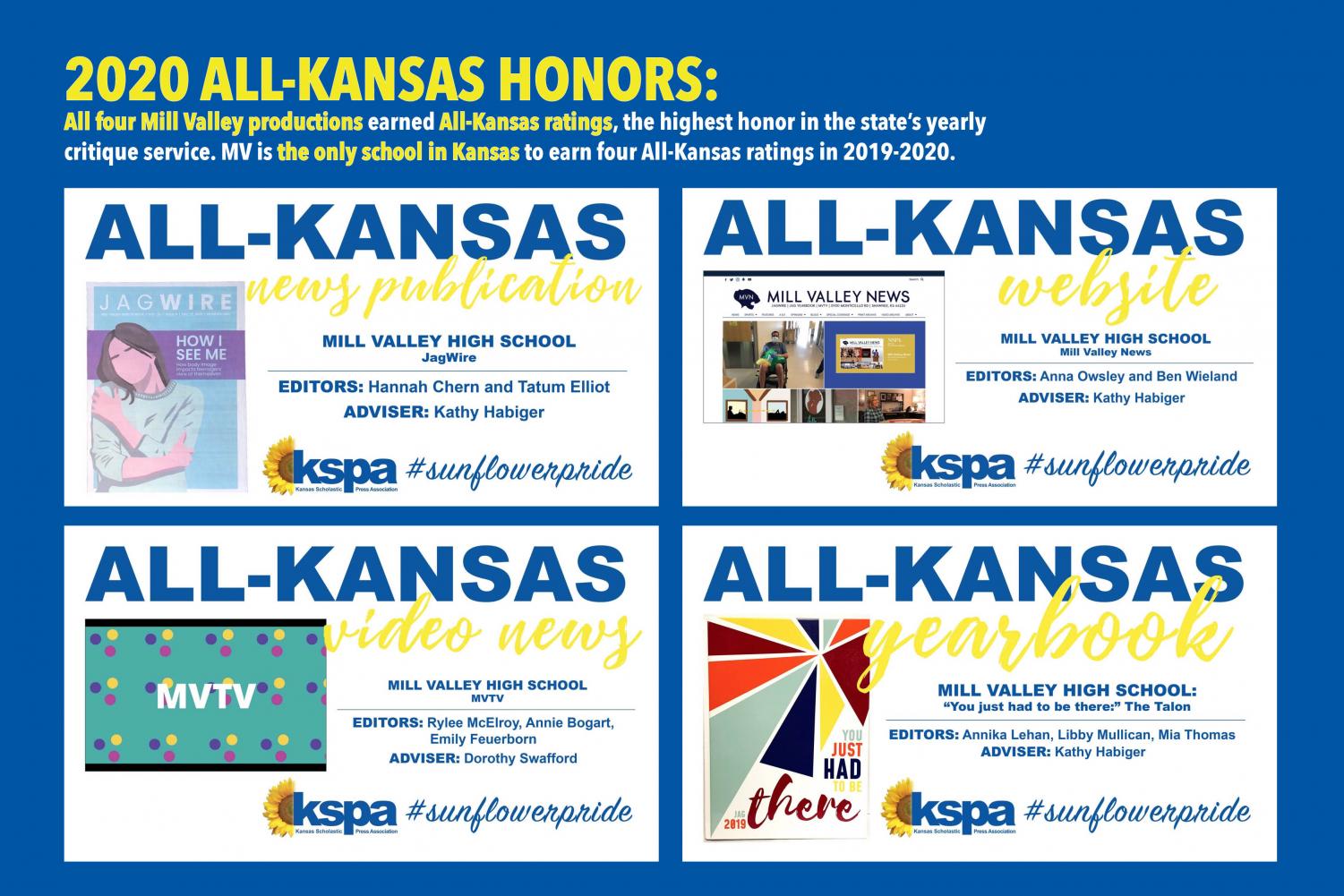 Also during the Twitter presentation, KSPA announced the winners of its All-Kansas award, the highest honor given in the state’s critique service. Judges critiqued a total of 29 news publications, 12 news websites and four video news publications, and 19 of those publications were awarded with All-Kansas distinction. 2019 yearbooks were also honored. All four of Mill Valley’s productions, MVTV, JagWire newsmagazine, Mill Valley News Online and 2019 JAG yearbook, earned All-Kansas rankings, the only school in the state to do so.