The show featured a variety of songs, including classic holiday favorites 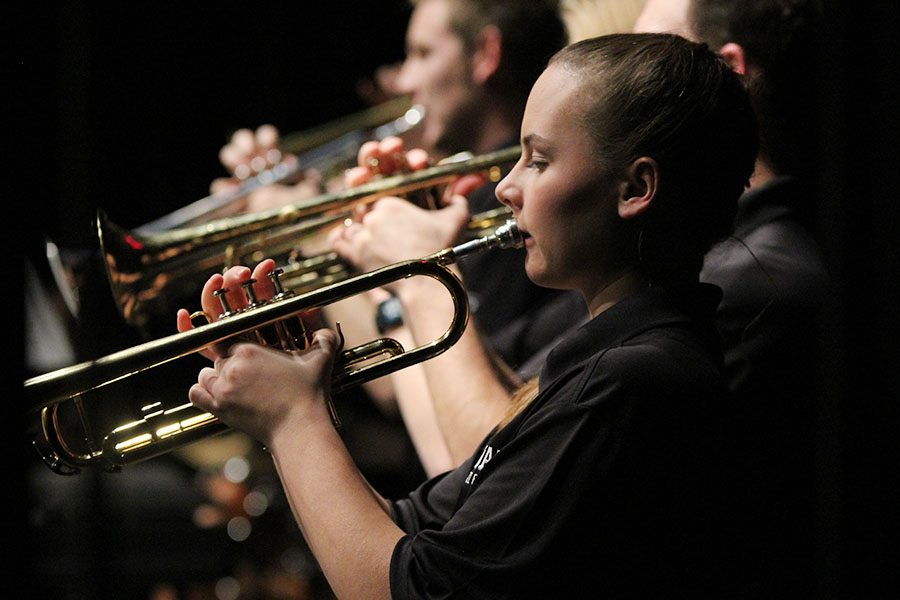 In the back line of trumpeters, freshman Katelyn Kurovski keeps her eyes on the sheet music and her trumpet held up straight.

Since the beginning of the semester, jazz band has been practicing every silver day during third block to perfect their music, but junior Cael Duffin believes it’s the little things that makes the music work together.

“There’s the whole practicing as a group and running through the songs again and again, but it’s the more fine tuning that [band director Deb] Steiner has us do to get more of the fine details down so it doesn’t sound like one sloppy mess,” Duffin said.

Before performing, sophomore John Fraka is eager to play, which is different from last year as he used to be nervous.

“I’m pretty excited before a song, especially the songs I have a solo in,” Fraka said. “Last year, I was nervous before the songs I played, but this year it’s pretty chill.”

Fraka plays a variety of instruments, but ultimately the guitar is his favorite. He made all-district band auditioning with the guitar and was given a long solo at the concert to highlight his achievement.

Overall, Duffin was pleased with the group’s performance and he credits that to the work each person put in.

“I think it went really well, especially for all the hard work everyone gave,” Duffin said. “We all worked our tails off to put forth good music and I think that our show showcased that and overtime we’re going to nail down the stuff we could improve on.”