Despite being dubbed the world’s largest island, Greenland is nonexistent 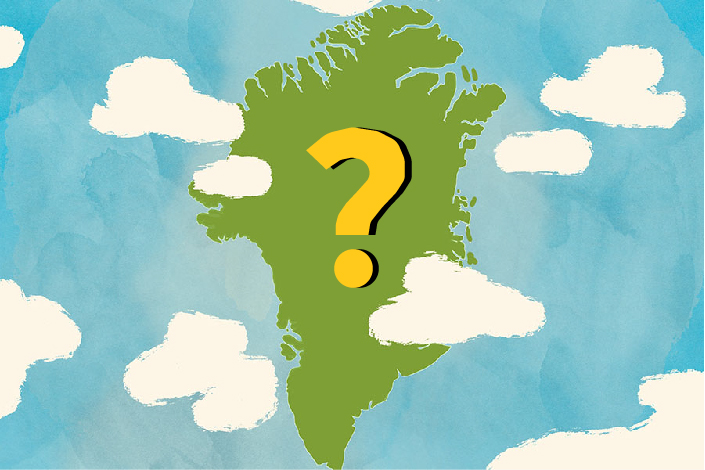 There are so many inaccuracies surrounding Greenland that it suddenly becomes very easy to doubt the very existence of the island.

First, why is an island covered in ice and snow called Greenland? Believers will say that the island used to be lush and green when Vikings discovered it and named the island accordingly, but these lies cannot be substantiated by scientific evidence. The ice sheet covering and surrounding Greenland is millions of years old in some places and no younger than a few hundred thousand years old; Vikings are not believed to have explored as far as Greenland and Iceland until around 3,000 years ago, so the climate there would likely not have been much different.

Similarly, the argument that an island has gone from luscious greenery to covered in ice is completely contradictory to the thesis of climate change and global warming that everybody seems to be so excited about these days. Honestly, these liberals had better get their stories straight because between Greenland and global warming, something just doesn’t line up.

Second, it is unlikely that the U.S.’s attempt to buy Greenland in 2019 was unsuccessful simply because Denmark refused to sell the island or because it was unaffordable.

In the midst of the 2019 proposal to purchase Greenland, the Washington Post averages the price tag for an island like Greenland at around $42 billion. For a country like the U.S. with a GDP of nearly $20 trillion that is practically nothing for a key geostrategic point like Greenland that would expand our economic and political spheres of influence vastly.

The reason that the proposal to purchase Greenland fell through couldn’t have possibly been because of the price then. Officials suggest that Denmark simply said no to the attempt, but could Denmark really stand up to a determined U.S. initiative to control Greenland? No. The only reasonable solution is that when U.S. officials went to buy the land, they were confronted with the harsh reality that Greenland doesn’t exist.

You might think that there are pictures of the island itself everywhere on the internet though, but that isn’t true either. Any features, cities, and landmarks that we are taught to believe exist in Greenland could easily exist in any of its Arctic neighbors. A picture of a colossal iceberg floating in the Arctic Ocean can be taken anywhere in that vast ocean. Greenland’s mountains and valleys appear shockingly similar to Norwegian and Scandinavian fjords. Greenland’s fields and green prairies, as few as they might be, remarkably resemble the Scottish highlands.

I do not doubt the existence of thousands of colossal, glacious icebergs floating in the Arctic Ocean, but an entire populated island, let alone the largest island in the world, being hidden from the rest of the world is questionable.

In the vast expanses of the Arctic Ocean, the 50,000 people that Greenland supposedly harbors could very well be government operatives and agents hidden in bunkers on icebergs, drifting across the Arctic and gathering intel out of the public eye. This would explain the true reason why President Trump wanted to purchase Greenland. When the time comes for his great World War, where better to take shelter than in finely constructed bunkers that have been hidden and kept secret from the world for years?

Disclaimer: This article is satire.