Impacts of COVID-19 on the senior class

Many seniors encountered unique situations due to COVID-19, which altered the last quarter of their senior year 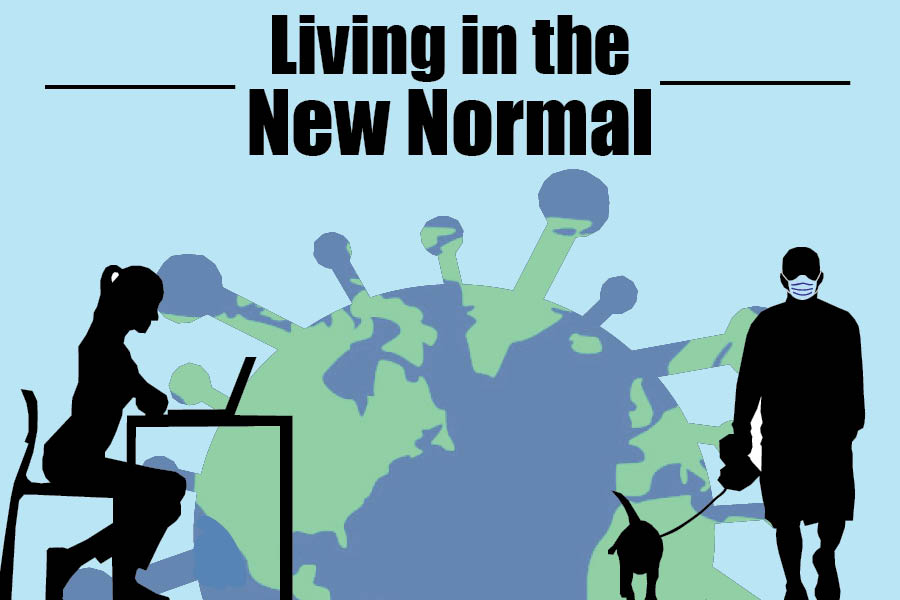 Seniors have learned to adapt to changes in their daily life due to COVID-19.

On March 17, Gov. Laura Kelly ordered K-12 schools across the state to close for the rest of the academic year and transition to remote learning plans. The district was forced to cancel prom and postpone graduation until July 25, which has taken a toll on the senior class.

To cope with the sudden upheaval of the rest of their senior year, seniors Mallory Scheelk, Whitney Van Dyke and Clint Chappel decided to have at-home proms. Van Dyke’s father presented her with the idea of doing an at-home prom, which she obliged to and asked Chappel if he would want to be her date.

“My dad ordered us Olive Garden, and my mom set up our table and drinks to make it look like a restaurant,” Van Dyke said. My mom and my dad acted as our waiter. We got dressed up, ate dinner and then had dessert.”

Although Chappel was disappointed that there wouldn’t be an official senior prom, he’s thrilled that he and Van Dyke had an at-home prom.

“I mean I would have loved a senior prom but it was kind of a fun special time because I wasn’t expecting anything at all,” Chappel said. “I had so much fun with it and it is something I’ll remember for a long time.”

Similar to Van Dyke, senior Mallory Scheelk and her date were surprised with pictures of them on the big screen at the Legends Outlets mall.

Although having an at-home prom was fun for her, Scheelk feels like it wasn’t quite the same as the real event as she didn’t get to spend the night alongside her friends.

“It was very fun to be with my family and boyfriend, but I wasn’t surrounded by all my friends and the atmosphere of actual prom,” Scheelk said. “I am still disappointed, but I had a lot of fun.”

In addition to losing prom, many seniors have lost their ability to compete due to the cancelation of spring sports. This was the case for senior Nico Gatapia, who has been running track since seventh grade.

This season, Gatapia was hoping to accomplish his goal of breaking 50 seconds in the 400-meter dash, something he had come close to previously with his 50.45 second personal record.

“I’ve been dropping in time since freshman year, and I was hoping to shave off that last half second and possibly compete for the school record,” Gatapia said. “I’m also disappointed I won’t be able to see my teammates reach their goals either.”

With the cancelation of the season, Gatapia feels that keeping inspiration has been difficult.

“A lot of the distance runners have kept running and stayed in touch,” Gatapia said. “A few of us have been running on our own, but it’s hard to stay motivated.”

Another major hurdle brought on by COVID-19 is the lack of available employment. In concurrence with state regulations and recommendations, many businesses have been forced to close their doors and lay off their employees. 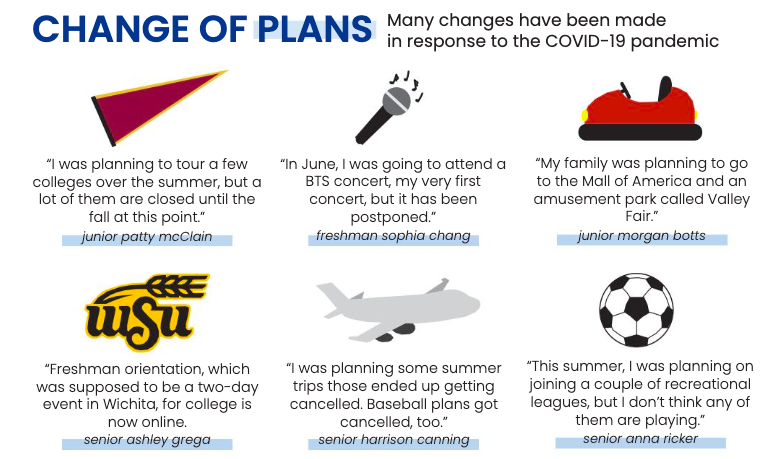 Senior Ella Armstrong, who worked at Mill Creek Activity Center before the pandemic, has had to reduce her spending to counter her lessened income.

“I have no money to buy anything because all my money is going towards bills,” Armstong said. “I have reduced how much I go out and drive my car so I don’t have to buy much gas.”

For senior Kelsey Butler, the pandemic has caused her to lose money she would have used for college next year.

“When I found out I would be unemployed for a few months, I was pretty upset,” Butler said. “I was looking forward to getting more hours to pay for college classes, gas and other things.”

Despite the risks, senior Belle Baker felt it was important to continue working during the pandemic.

“At Starbucks they offered a 30 day paid leave for people who felt uncomfortable working. However, if you stayed you got a raise and more benefits,” Baker said. “Since I’m going to be in large debt with college soon, I decided to stay.”

With the setbacks of the pandemic, Butler is hoping she will be able to start working again by the time summer rolls around.

“I am planning on working a lot more hours this summer,” Butler said. “I tend to save more than spend, so working more hours will definitely be beneficial for the future.” 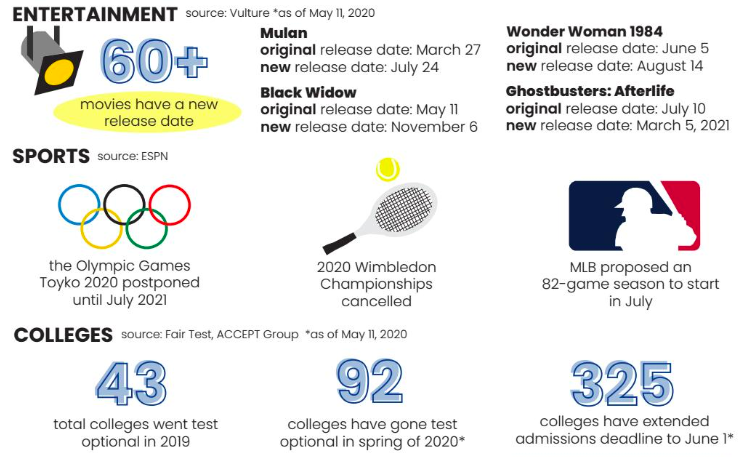 Outside of being temporarily unemployed, some seniors’ family lives have shifted drastically.

Senior Avery Altman’s sister was working at a hospital in Overland Park, which was not hit as heavily with COVID-19 cases as other areas of the country. With help being needed in hotspots such as New York and Louisiana, Altman’s sister asked her supervisor to send her to a hospital in New Orleans to help the hospital staff there.

“As her family, we knew that although we were fearful for her this pandemic was much greater than us,” Altman said. “Once she told her supervisor at the hospital she was interested, a flight was booked to New Orleans for that next week and she was off.”

With Altman’s niece Rosalie still needing to be taken care, she volunteered to look after her for the time being.

“I decided it was best for me to take on the responsibility of caring for my niece,” Altman said. “It was a very new experience to care for a five-year-old day and night but I know that was time with her I will never forget and I am very thankful for it.”

After her sister had finished volunteering in a New Orleans hospital treating COVID-19 patients, she was allowed to return home which was a relief to Altman and her family.

“After working 48 hours a week in a New Orleans COVID-19 unit and being tested herself, Mary was more than eager to get back home to her family,” Altman said. “We were relieved to have her back.”