Climate activist Greta Thunberg has made her name known to the world by speaking out against the dangers of climate change. 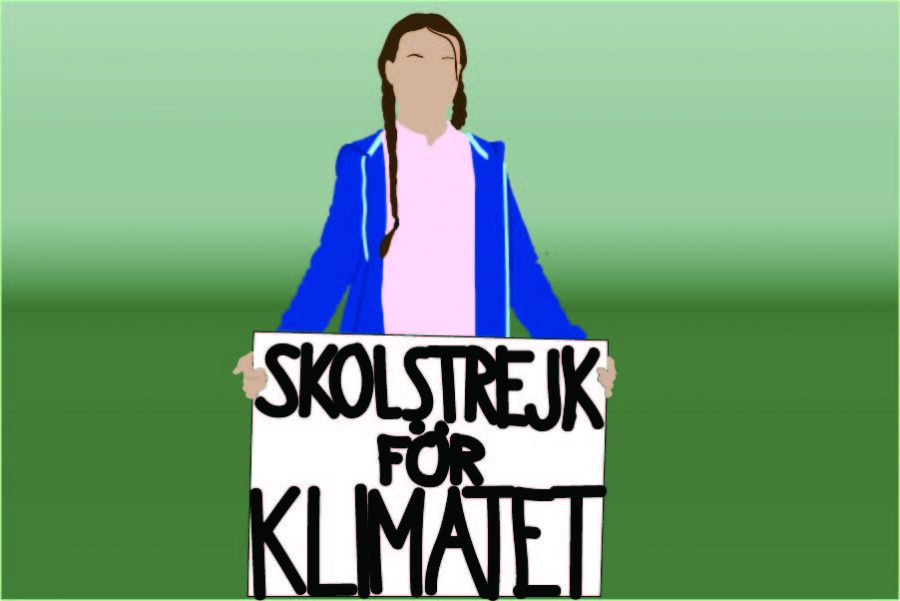 Climate activist Greta Thunberg, despite being only 16 years old, has massively influenced the world's opinions on climate change.

Whether you identify on the left or right side of the political spectrum, you noticed that it was 90 degrees on October 1 here in Shawnee. It may seem like a coincidence, but some credit climate change. The controversial idea has been the topic of many debates and has some people saying that not enough is being done to stop the progression of climate change. One person who is striving to make a change is 16-year-old Greta Thunberg.

Right now, most teenagers across the world are enrolled in school and living normal lives. Thunberg is one exception. The Swedish teen has been on a school strike for the climate since August 2018. Thunberg has spoken at many rallies and brought awareness to the various threats that will affect the world unless we make a change. The climate activist recently spoke at the U.N.’s Climate Action Summit, earning herself a lot of supporters, but also more critics.

Thunberg is the embodiment of the fact that an average person can make a huge difference in the world. She was diagnosed with Aspergers, a disease that affects her ability to communicate, and yet she still went in front of hundreds of world leaders to speak. Thunberg also began Fridays for Future, a series of strikes that take place all over the world, even here in the Kansas City area. She should be praised for the strides she is taking to bring attention to the looming issue of climate change and her bravery to stand up for what she is passionate about. Thunberg is trying to get us to be the generation to save the planet from the dangers of climate change, and we need to stand behind her and use our voices to do our part.