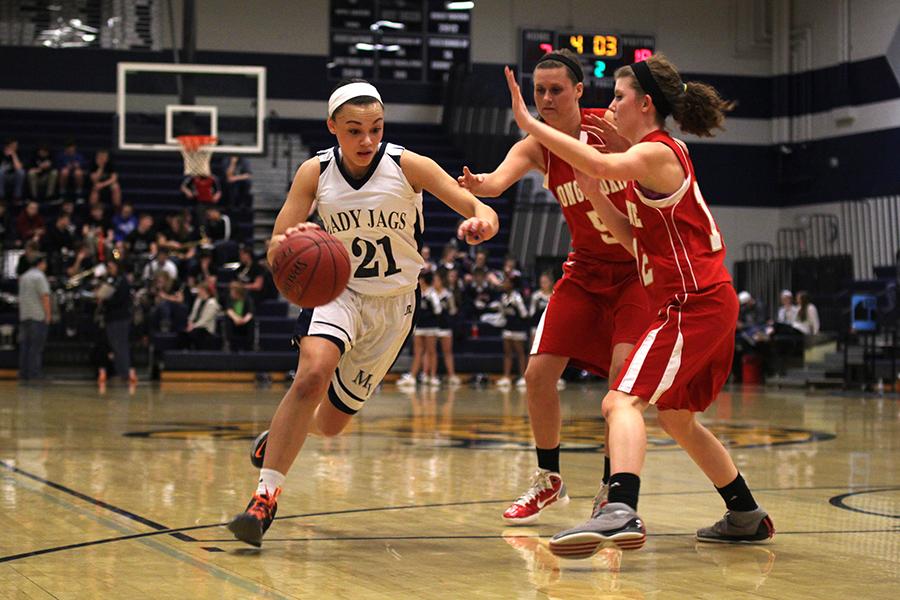 The Lady Jaguar basketball team lost to Tonganoxie 24-39 on senior night, Tuesday, Feb. 25. At the end of the first half the Jaguars were down 5-12.  Just after halftime the score was 9-27 in favor of Tonganoxie. Despite the loss, the Lady Jaguars also took the night to honor their three seniors.

Senior guard Kylie Lewis said that this game did not feel different from the others; her team was very energized and ready to play.

“As a team we were excited,” Lewis said. “We knew we had to come out with a lot of energy and focus, to me though it was just like any other game.”

Senior forward Laurel Knust said  her last game at home was special and she could not believe how fast her high school career flew by.

“It was definitely bittersweet,” Knust said. “The last four years have gone by fast and it never really hit me until now.”

Lewis said that despite the loss the season is far from over .

“It would have been nice to win our last home game ,” Lewis said.  “We can’t let that effect how we play in our sub state games.”