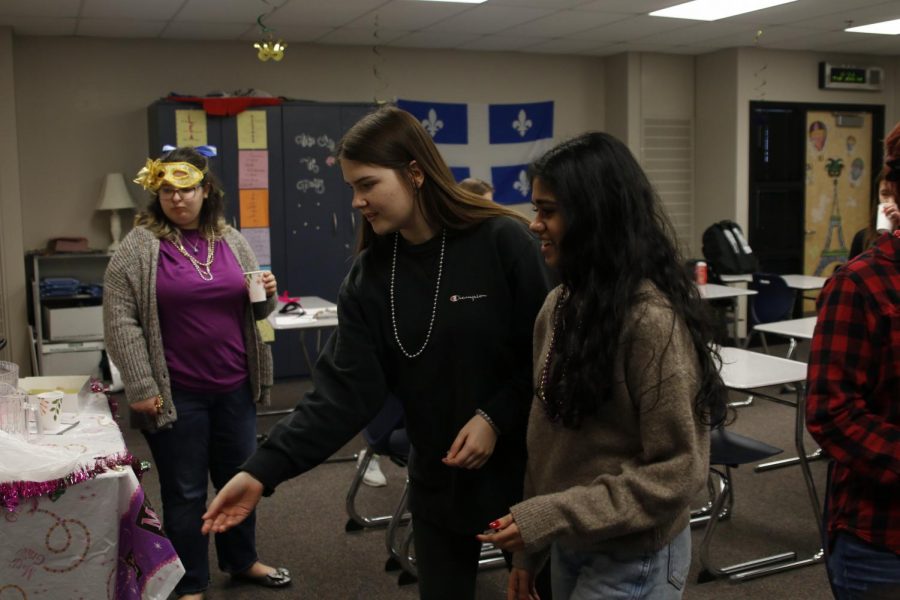 As New Orleans and the rest of the world celebrated Mardi Gras on Monday, Feb. 25 and Tuesday, Feb. 26, the French classes had their own celebration. French III planned their annual party for the lower levels of French, and anyone else who would like to attend, which included games, trivia and traditional Mardi Gras King Cake.

French III student junior Austyne January helped plan this year’s party. January thinks it’s important to carry on the tradition of throwing a Mardi Gras party because it is a worldwide celebration.

“I think it’s important because Mardi Gras is such a heavily cultural thing. Mardi Gras is a huge celebration around the world and the fact that we wouldn’t celebrate it feels inherently wrong. It’s like not celebrating Christmas,” January said.

January hopes that the other French classes enjoyed themselves at their parties because she believes that that is what Mardi Gras is all about.

“I hope that they have a good time because that’s the heart and soul Mardi Gras. It’s just having a good time,” January said. “Bonus points if they like French, but Mardi Gras is really just a celebration to have fun with your friends.”

“My favorite part was playing all the fun games with my friends,” Schmitz said.

Make sure to mark your calendars for Tuesday, Feb. 16, 2021, so you can attend French III’s celebration.