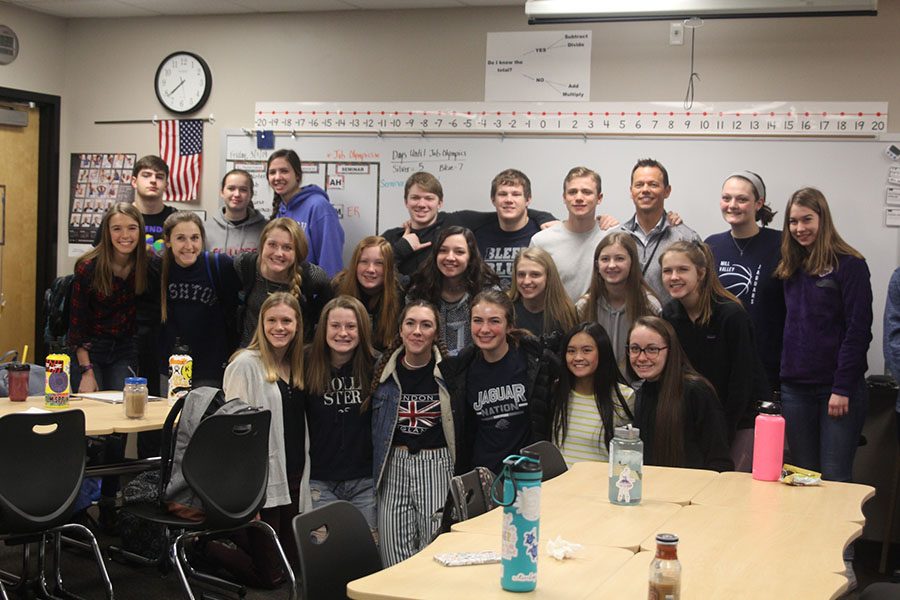 All gathered together, FCA members smile to take a group photo with Rob Collins.

FCA hosted Fox 4 reporter Rob Collins to speak to students at its morning meeting on Friday, March 1. Collins led the group in prayer and offered advice to the members.

According freshman Lauren Walker, having a guest speaker offered a different experience from the usual student-led prayer.

“The meeting was different because instead of students leading, he was leading,” Walker said. “We chose Mr. Collins because his son, Noah, is the president of FCA and he suggested that his dad could speak.”

“I thought he had a good sermon and related it very well to kids in high school,” King said.

Collins read different prayers and then asked the group to open their eyes and tell him what they saw. A member from the crowd  stated that it made him feel empowered. Collins concluded by reminding students to start each day by arming yourself with God’s sword.

Having a new guest was a refreshing experience, according to Walker.

“The guest speaker made people feel confident because he was talking about putting on the armor of God,” Walker said. “It made me feel like I could take on the day knowing that God is on my side.”