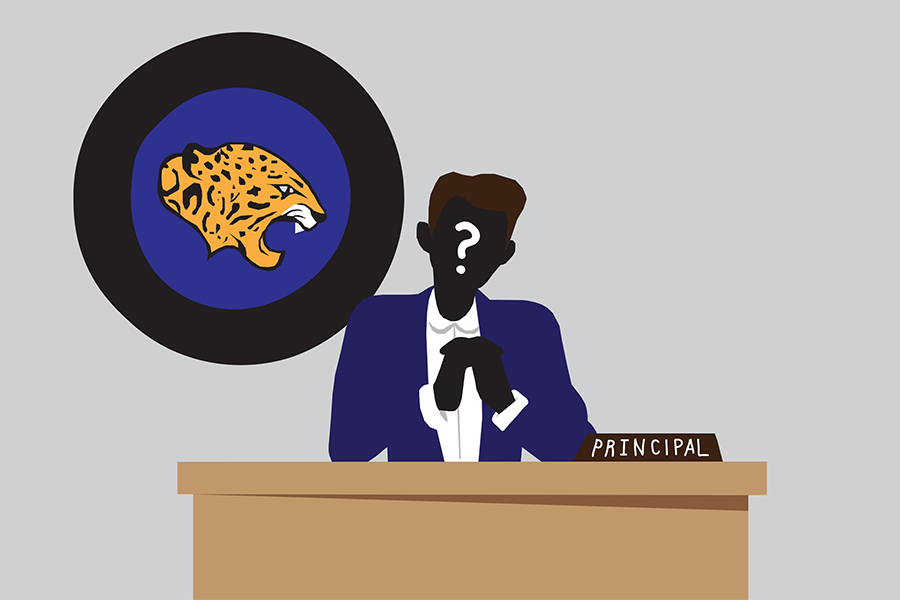 What started the search for a new principal?
The search began with principal Tobie Waldeck’s announcement that he would retire at the end of the school year. After the school board accepted Waldeck’s letter of resignation in November and he notified teachers of his decision in an early-morning meeting Thursday, Dec. 5, the district quickly kicked off its search for a replacement. Just four days later, on Monday, Dec. 9 they posted a high school principal job opening to Frontline, the district job posting website.
When will the district begin evaluating candidates?
According to an email from director of human resources Brian Schwanz to Mill Valley staff, a three-person team of Schwanz, superintendent Frank Harwood and elementary director of human resources Carrie Handy will start looking at applications Wednesday, Jan. 15.
Who will be consulted in the hiring process?
Four different groups will each evaluate potential hires. The first group will be the three aforementioned district administrators, who will review initial applications and perform screening interviews at the district office Tuesday, Jan. 28 and Wednesday, Jan. 29. The second group will be a staff interview committee, made up of Mill Valley staff members who applied to join the committee. The third group is a parent interview committee, comprised of district parents. The fourth group, a student interview committee, consists of 12 students. All four groups will have input in the eventual hire, with the district administrators narrowing down the candidates, taking input on finalists from students, parents and teachers, and eventually choosing a new principal.
What will the hiring timeline look like?
The team of district administrators will begin evaluating candidates Wednesday, Jan. 15. After narrowing down the initial list, they’ll conduct screening interviews two weeks later at the district offices Tuesday, Jan. 28 and Wednesday, Jan. 29. The most qualified candidates will be invited to Mill Valley on Thursday, Feb. 6 to conduct building interviews with stakeholder groups. On this visit, student body president Annie Bogart will lead each finalist on a tour around the school before they interview with the student, staff and parent committees. In March, the district administration committee will make its recommendation to the Board of Education. 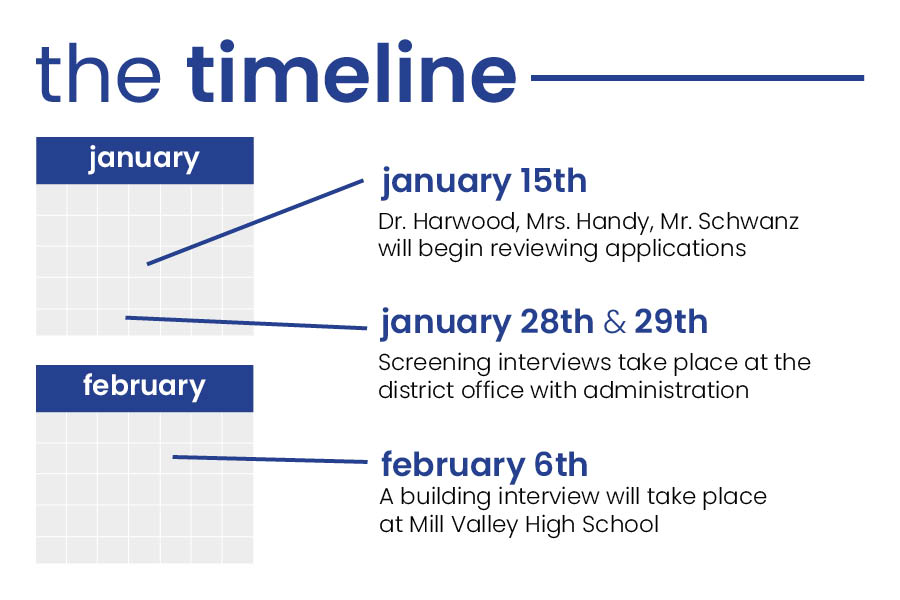 Will the district promote from within or hire an external candidate?
Right now, it’s hard to tell. In recent history, the district has done both. Some recent hires, like Monticello Trails principal Melissa Hansen, came from outside of the district. Others, like Monticello Trails associate principal Bryan LeBar, former USD 232 science teacher, and Prairie Ridge principal Kristel Fulcher, former USD 232 elementary curriculum coordinator, indicate that the district is willing to promote from within. Both options are on the table.
What factors will affect the final decision?
When choosing the next principal, district administration will take into account input from the student, staff and parent interview groups and teacher requests for what they want to see in the new hire. They’ll also consider information gleaned from screening interviews and opinions from each candidate’s references and previous employers.
What does Mill Valley have to look forward to?
The evaluation committee’s goal is to recommend a candidate who is able to continue the success that Mill Valley has seen. Schwanz outlines that the selected candidate will have a strong background in education and instruction, a commitment to the success of all Mill Valley students, the skills required to communicate with the student body, administrators and staff, a desire and passion to engage with the community and a record of building strong relationships with students, staff and the community.