In 2017, Career Cruising rebranded its company by launching a new software called Xello 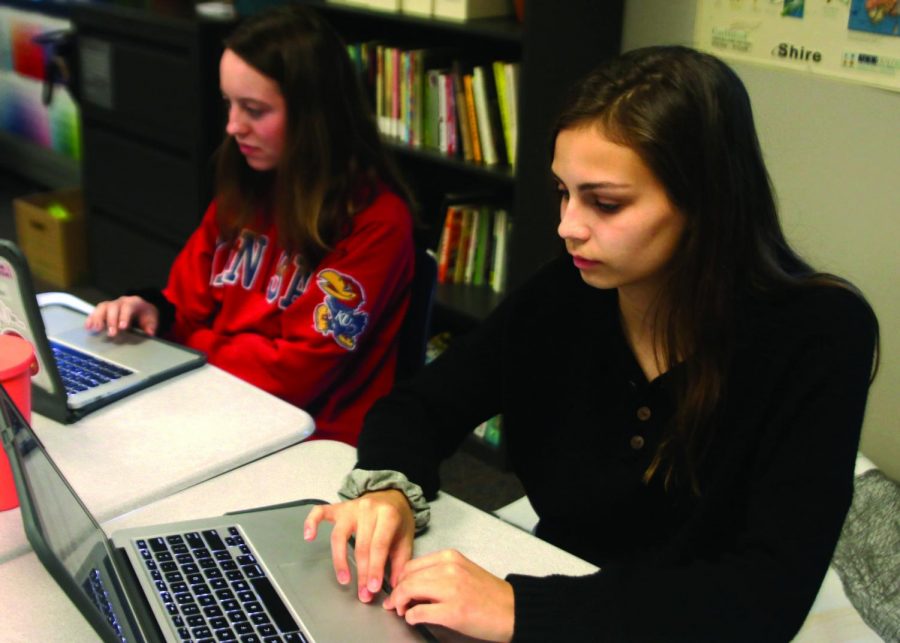 During seminar on Tuesday, Oct. 8, sophomore Lauren Payne browses through careers recommended based on the answers she gave during her matchmaker assessment on Xello.

The district has chosen to implement Xello–the replacement of its parent program, Career Cruising–as the new program for students to utilize to plan out their future career plans.

The Kansas State Department of Education requires that all school districts to set a curriculum of Individual Plan of Study for all of their students. According to a flyer by the Kansas State Board of Education, “an Individual Plan of Study is both the actual product a student develops and a process the school implements to guide students in developing their unique IPS.”

According to counselor Chris Wallace, districts are required to provide students with programs such as Xello.

“The [Kansas] State Board of Education dictates that we have to deliver content such as [Xello] to students,” Wallace said. “So, Career Cruising, now Xello, is the state-sponsored program that all districts are encouraged to use. There are some other software programs out there similar [to Xello], but I do feel like Xello is the best platform out there for students.”

Students will utilize the time provided during Mentoring Mondays and use Xello to create a portfolio that students will eventually use to create a presentation for their seminars, according to counselor Chris Wallace.

“Each student will complete three lessons and then there will be a fourth lesson tied to their long-term planning. For underclassmen, it’s going to be a four or five-year plan,” Wallace said. “Seniors are going to be more focused on their presentations with regard to their future goals and aspirations.”

This year, students are required to create a presentation one of two ways, according to Wallace.

“For the first option, [students] … pick the career that [they’re] interested in, the school that you want to go to, and the degree that you need… ” Wallace said. “The [second option] is the About Me page. As you guys go and complete lessons and some of the inventories, Xello is going to start populating information about yourself, your learning style, your schools of preference, your areas of interest and work values. [The About Me page] is an overview of each student’s life … in high school and kind of what their plans are moving forward. [The presentations are] really nothing overly personal nor is it really overly difficult.”

According to Wallace, Xello mostly has the same features as Career Cruising, but it is displayed in an easier manner.

“A lot of the content that Career Cruising had, has rolled over to Xello; it’s a lot of the exact same components,” Wallace said “[The content in Xello is] just delivered in a much more user-friendly manner and a much more refined manner, so the results are better tailored to the students with the students’ answers.”

For junior Kylie Overbaugh, one major difference she enjoys about Xello is that activities include personality quizzes and inventories instead of having to type out assignments.

“I like Xello a lot more than I liked Career Cruising because it’s more like a quiz which is more interesting than me typing out a response to a question about a job,” Overbaugh said. “I like it better when it’s like a personality quiz because you can see what you’re actually interested in.”

As for senior Harrison Canning, he believes that Xello is more user-friendly than Career Cruising.

“[Xello] a lot easier to log into that’s for sure…[and it is] is easier to manage and work, especially if you don’t know how to work computers.”

Through her use of Xello, Overbaugh hopes that Xello will help her limit her career options to a few that she is interested in.

“I’m hoping that [Xello] helps me narrow down my options as far as like jobs and colleges go more than Career Cruising could,” Overbaugh said. “I feel like Xello has been better at connecting with the student and being able to see what they actually are looking for a job.”

Since Canning is set on his plans for college, he hopes that Xello will help him solidify his future career plans.

“[My goal is to] know for sure what I want to go to college for,” Canning said. “I know you get time to change [careers in college], but it would nice to just be set and know what you want to do as soon as you get [to college].

Lastly, Wallace believes that students should optimize Xello to its fullest capacity in order to benefit themselves.

“If you put forth minimal effort and don’t pay particular attention to what you’re doing, Xello is not going to be a useful tool for you. But if you dive into [Xello], take your time with it and think about what you’re doing, [Xello] can definitely help provide some information to help you with your future plans and goals.”