Diabetes isn’t something to joke about 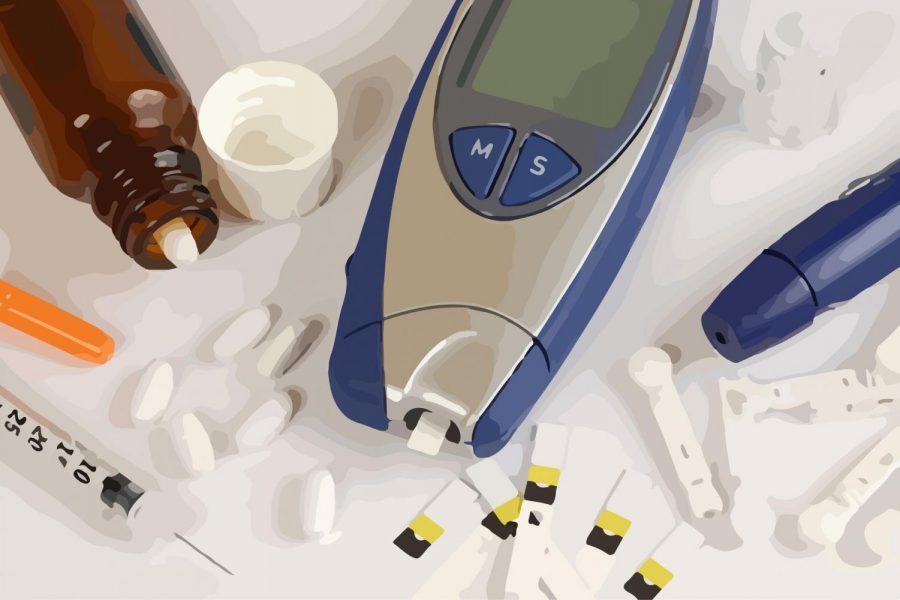 Jokes about diabetes are ignorant of the impact that the disease has on sufferers.

I’m sure you’ve heard the joke before: someone is eating something that contains a lot of sugar and says “I’m going to get diabetes” to make fun of themselves for being unhealthy. Or maybe they look down at the dessert in front of them and say, “this looks like diabetes on a plate.” I hear these kinds of jokes constantly, and it’s time I finally do something about it.

Not only are these jokes inconsiderate toward people who have been affected by diabetes, but they are also inaccurate in the message they spread about the disease. People commonly view diabetes – Type 2 in particular – as being something that people get because they eat poorly and don’t exercise. Although lifestyle is a factor, there are other prominent causes, including genetics, age and ethnicity. In many cases, diabetes occurs when a predisposition is inherited, then the onset of diabetes is triggered by environmental factors.

For instance, both Type 1 and Type 2 diabetes run in my family. This means that I am more likely to develop the disease than someone else with a similar lifestyle but no family history of it. So, before you make a joke about being diabetic simply because you’ve eaten a large amount of sugar, you should consider just how false the assumption you are making is. An unhealthy lifestyle can contribute to diabetes, but that does not mean it should be interpreted as the disease you get when you don’t look after your health.

However, the thing that bothers me most about diabetes jokes is that they are completely inconsiderate toward people with the disease and people who have loved ones with the disease. Imagine seeing your loved one suffer from the complications of diabetes and work hard every day to control it, then getting to school and overhearing someone joke about going into a “candy-bar-induced diabetic coma.” These kinds of jokes make it seem as if diabetes is nothing more than a disease that people with poor diets have. However, diabetes causes much more suffering and requires much more care than most people are aware of.

Once diagnosed, people with diabetes have to take extremely good care of themselves every day. This often includes frequent finger pricks to monitor blood sugar levels and self-administered insulin shots. Even while doing things like this, they experience complications that worsen over time. According to Medical News Today, some of the possible complications for Type 2 diabetes are heart and blood vessel diseases, high blood pressure, nerve damage, foot damage, eye damage and blindness, kidney disease, hearing problems and skin problems. So when someone makes light of this life-altering and debilitating disease, you can see why that would be highly offensive.

Considering that over 30 million people have been diagnosed with diabetes in the U.S., there is always a good chance that someone who has the disease or someone who has a loved one with the disease can overhear you joking about it. Next time you make a joke about something, keep in mind the people around you and how your words could hurt those people.