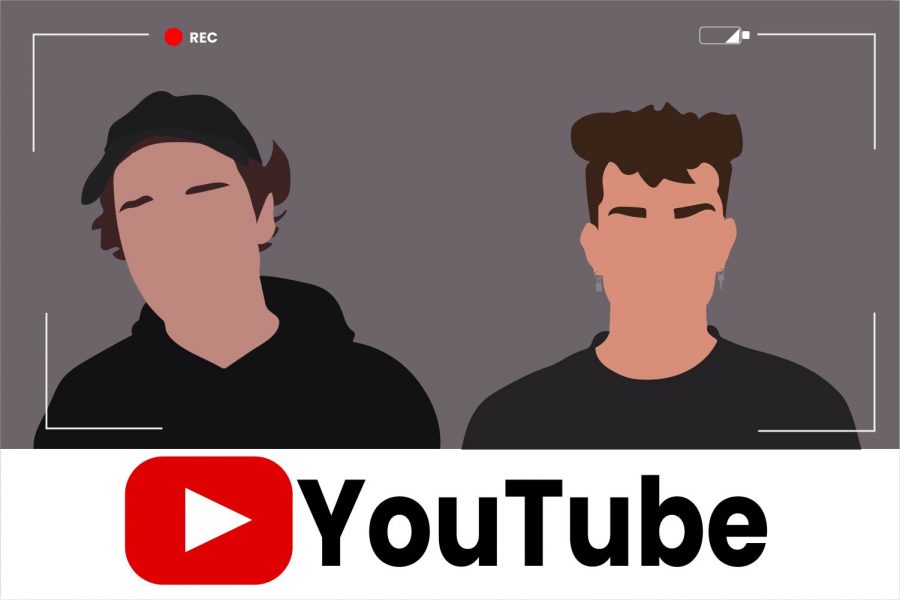 Trigger Warning: This opinion features topics of sexual assault and rape. If you feel as though reading this opinion could be harmful to you, I would advise against reading it.

Charles rebuked Westbrook and Star’s accusation in a 41:35 long video titled “No More Lies,” which since the time of being posted on Saturday, May 18. 2019, has accumulated over 55 million views. In the video, he defended his actions and utilized private messages between himself, Westbrook and Star to prove that he was not engaging in predatory behavior.

Ending the video, Charles promised his fans and followers that he would no longer direct messages to guys on social media platforms to ensure that his behavior and actions wouldn’t make others uncomfortable or be misconstrued. It seems, however, that in recent months Charles hasn’t kept his promise to his followers.

A 16-year-old teenager going by Isaiyah (@redzai on TikTok), who boasts over 200,000 followers on TikTok, made a TikTok video about Charles in February claiming Charles sent him unsolicited nudes on Snapchat and pressured him into sexting even after being told Isaiyah was a minor.

In a statement posted on Friday, February 26, Charles called the story “completely false.” Charles goes on to say that he “woke up to several snaps from this person being excited I added him back, saying he loved me, and also lewd photos of himself in the shower.” “I asked how old he was right away and he told me he was 18 so I started flirting back,” the 21-year-old continued. “In the excitement of meeting someone I thought could be potentially great, I didn’t ask for a copy of his ID or passport.” When Isaiyah later admitted to Charles that he was in-fact a minor Charles said he “insisted on continuing talking,” at which point Charles “un-friended” him.

To clear his name and offer fans an explanation on recent events, Charles posted a fourteen-minute-long video on his Youtube channel titled “holding myself accountable.” In the video, he claims that he was desperate and acted out of desperation, which is what lead to him not verify the guy’s age. He then assured his fans that his careless actions will not be repeated (a similar line he has stated during his Westbrook scandal), and stated that he would now ask for photo identification.

Charles has been accused of sending unsolicited nudes to straight men and pressuring them into feeling insecure with their sexuality multiple times. The most infamous allegation stemming from Tati Westbrook’s infamous “Bye Sister” video. In recent days, several influencers have come out supporting the victims in the story including fellow YouTuber Tana Mongeau. When a YouTuber and Instagram model by the name of Gage Gomez shared his story of James Charles sexually harassed him at the Coachella event in 2019, in response to Gomez Mongeau wrote on Twitter in May of 2019, “I watched you lead on and kiss my friend for a whole weekend and when he realized, you got scared and made a video lying and accusing him of being a sexual predator….legit watching you lie like this and get away with it breaks my heart.”

Despite defending Charles at the time Mongeau has since retracted her statement and recently supported Gomez’s claims saying Charles manipulate her into writing the original tweet, “100% manipulated and begged to tweet that. I was defending someone that was my friend at the time and believed them. Sad to see. I later reconciled with Gage and discussed it, apologized, heard his side of the story, and now I call him one of my closest friends. Things change.”

Fans and critics alike have weighed in with their opinions on the Charles drama, and most reputable online media outlets have labeled this another ‘YouTube scandal,’ but these recent allegations and the video and tweet Charles posted claiming once again that he won’t repeat these past actions and will now ask for photo ID when talking to guys online doesn’t excuse what happened.

Charles has clearly shown that his behavior is repetitive and that he hasn’t learned from his past scandals regarding sexual orientation and flirting and messaging people online. Rather than label this as another ‘YouTube scandal’ and brush it off, fans/critics, media outlets and Youtube and other companies like Morphe who work with Charles need to call out his behavior and ensure that he suffers adequate consequences that enable him to truly learn from these mistakes.

Soliciting inappropriate pictures from someone underage online is a crime in the United States, and Charles needs to be held accountable for his actions. In the past, he has always gotten away with the scandal that he was facing, and in many circumstances, came out more popular and wealthy after these scandals. However, in this certain circumstance, fans need to realize that Charles’s actions were criminal and he needs to be held responsible for soliciting and sending pictures to a minor.

Charles isn’t the only YouTuber facing major backlash online for their recent actions. Fellow YouTuber David Dobrik, who boasts 18 million subscribers on his YouTube channel, was recently called out online by fans for a story published on Insider by Kat Tenbarge titled “A woman featured on YouTube star David Dobrik’s channel says she was raped by a Vlog Squad member in 2018 the night they filmed a video about group sex.”

The woman in the article, identified with the pseudonym Hannah in the article, described being extremely intoxicated and told Insider that Dominykas Zeglaitis, a member of the vlog squad (Dobrik’s YouTube content group) who goes by the screen name ‘Durte Dom’, raped her while she was unconscious.

Dobrik has since been temporarily demonetized by YouTube after Hannah accused Dobrik and other members of the Vlog Squad of being complicit in the rape by having filmed and uploaded a YouTube video about group sex that night.

Since being called out online, Dobrik has made an apology video (much like Charles), titled “03/22/21.” Dobrik sits on the floor next to his couch and conveys to his fans that he believes Hannah’s story and has reflected on the situation and understands that having influence created an unfair “power dynamic” which he used to get content for his YouTube channel. Dorbik apologized to Hannah and anyone else who felt as though he had violated them.

Unlike Charles, Dorbik has seemed relatively immune to controversy over the course of his YouTube career, as he has cultivated a ‘don’t respond to drama’ mentality when it comes to facing backlash. However, this recent scandal has seemed to be unwavering and has forced Dorbik to release a public apology video.

In both incidents, Dobrik and Charles utilized their fame and influence to coerce people into doing and or providing them with what they want. Both of their behaviors are absolutely disgusting and go far beyond the realm of ‘cancel culture.’ Their actions were both criminal, and they deserve to face serious consequences for soliciting nudes from a minor and being complicit in the rape of a woman.

It seems that YouTubers have begun to have the mentality that they can do and say whatever they want, apologize for their actions, and move on from the situation unscathed. They all take the same nonchalant, ‘oh I’m canceled again, time to sit down and make an apology video’ approach to any online ‘scandal’ they encounter. However, as a society, we shouldn’t allow YouTubers to persuade and convince us that what they did was a one-time mistake that won’t be repeated.

Charles has been accused of soliciting pictures from minors and talking to straight men inappropriate on multiple occasions, and like Charles, Dobrik has also been accused by fellow YouTuber Trisha Paytas of being forced to do sexual things in vlogs when she wasn’t comfortable with them. Their behavior is clearly repetitive, and the fact that society is so forgiving of their actions enables their behavior and actions.

Going off my previous point further, Saturday Night Live recently did a skit where they joking mimicked Charles and Dorbiks apology videos. Saturday Night Live’s skit titled “Viral Apology Video,” where Kyle Mooney and Daniel Kaluuya play fictional YouTubers who are involved in a public controversy, have disincentivized people into holding Dorbik and Charles accountable. Through this skit, SNL has offered fans a way to ‘laugh off’ what has occurred, when sexual assault and predatory behavior is no laughing matter. Once again allowing fans to forgive Dobrik and Charles, which will result in them not understanding the true ramifications and magnitude of their actions. Instead of SNL poking fun at Hannah’s accusation and the nature of Drobik and Charle’s controversy, they should rather be focusing on sharing how harmful both of these content creators’ actions were, rather than putting both their apology videos on a pedestal.

Despite YouTube demonetizing Dobrik’s channels, stating to Insider that “[they] have strict policies that prohibit sexual harassment on YouTube and take allegations of sexual assault very seriously,” this small action isn’t enough. Both Dobrik and Charles need to face more severe consequences for their actions (including criminal trials if necessary) to be held accountable and enable them both to understand that their actions and behavior won’t be tolerated online or easily forgiven by fans.