Charli D’Amelio isn’t worth the ‘hype’

TikToker Charli D'Amelio, who has gained worldwide renown after posting video's of her dancing, doesn't deserve all the acclaim she's been given 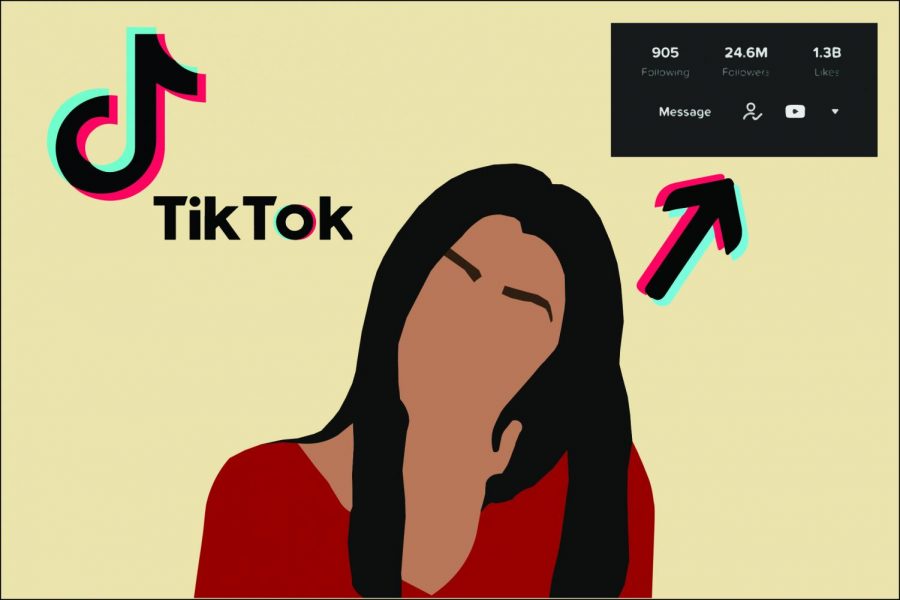 Popular TikToker Charli D'Amelio has amassed a huge following although she is unoriginal and underserving of the worldwide renowned she's been given.

I’m sure that from the headline you think this opinion piece is going to be a negative op-ed about popular TikToker Chari D’amelio, but as you read the entirety of the opinion I’m sure you’ll find yourself reevaluating your current stance on Charli.

To the common adult, TikTok may seem like a lip-syncing platform where teenagers mouth along with the tunes to their favorite songs, but you would be gravely mistaken. TikTok replaced the former application Musical.ly, which was a platform primarily used by pre-teens and teenagers to lip-sync, but TikTok is so much more. The rebranding of the application caused a flood of teenagers to redownload the app and start creating content that was unlikely to be seen on Musically.ly such as dance videos, comedic skits, conversations, aesthetically pleasing videos and so much more.

Now with this wave of teenagers downloading the app, a flood of new “popular” TikTokers or content creators was born. Such as popular TikToker Chase Hudson who goes by the name “Lilhuddy” on TikTok. These new creators rose to fame through dance-style videos which were in step to the beat and lyrics of popular songs. That’s where 15-year-old Charli D’amelio comes into the picture. D’amelio took the world by storm when her six to 15-second dance videos blew up on TikTok through the applications ‘For You’ page. The ‘For You’ page uses an algorithm to recommend videos to users that it thinks they would be interested in, much like Youtube’s “recommended page.” As D’amelio’s TikToks blew up, many users on the app started labeling her newfound fame the “hype.” Teenagers all across the country and the world began flooding D’amelio’s comment sections criticizing her rise to fame and her “hype,” questioning how she became so popular on TikTok in such a short period as she rose to fame on the app by recreating popular dances created by other users.

As time went on, the term “hype” stuck with D’amelio and she began to play along with it, stating in her TikTok bio “don’t worry I don’t get the hype either.” Her newfound fame brought her an incredible opportunity to work with other popular content creators such as Chase Hudson, Avani Gregg, Ondreaz Lopez, Tony Lopez and popular dancer Addison Rae. All these creators decided to work together making videos on TikTok with one another to help gain one another more followers. These creators formed the Hype House under the direction of Chase Hudson and member Thomas Petrou. Charli D’amelio and her sister Dixie D’amelio joined the Hype House which has been compared to popular YouTube content house Team 10, created by YouTuber Jake Paul. The members combined have well over one hundred million followers on TikTok alone and are among some of the most recognized figures on the platform. Charli has amassed the most individual followers and likes, which currently sit at 31.0 million followers and 1.7 billion likes. With this kind of following, she has become one of the most recognized and influential dancers and teenagers in the world.

Through the Hype House and people talking about and sharing Charli’s content with their friends, she has easily become our generation’s poster child. She has become recognized by adults and companies alike who see her large following as an opportunity to grow their business’s popularity among teenagers. One such company is Sabra, who featured her in a SuperBowl advertisement.

With Charli’s enormous following, which she amassed in the span of four months, the question of her “hype” comes into question. Is a teenager who recreates popular dances circulating around TikTok and who resembles the normal teenage girl really worth all the publicity she’s been receiving?

While there is no doubt that Charli is incredibly good at what she does – making short dance videos – I don’t think that someone who just makes videos to already-popular dances on TikTok and who doesn’t break the mold of a normal all American teenage girl is worth the amount of publicity and following that she has received. This is nothing new, though, as popular Muser Loren Gray had amassed over 30 million followers on Muscially.ly through lip-syncing videos when this platform was still popular.

It’s a predictable cycle on popular social media apps for teenagers to flock to a popular creator’s account in the millions when they see that influencer being incredibly talented at what they do. Teenagers see what a popular 15-year-old girl is doing and want to replicate that because they see that she is getting attention which they also want, so they follow her and mimic what lead her to success. This culture around giving these normal teenagers enormous influence is extremely pointless and unnecessary as they just make short dance videos or, in Loren Gray’s case, lip-sync videos which do not amount to the kind of following and attention they have received. People who deserve the hype are public figures such as Ellen Degeneres who use their voice and their platform to make people happy and to spread awareness about things that matter and pertain to the world at large. One could argue that these short dance videos and lip sync videos make teenagers happy and get their minds off of trivial matters such as stress from school, but unlike Ellen who has put in years of her life to get where she is and who raises awareness on important matters, these teenagers do nothing to raise awareness or warrant the amount of influence for which they behold.

This begs the question of, in a society where we pride ourselves on individual expression, creativity and pride, our societal role model of integrity and activism is Charli D’amelio, a typical run-of-the-mill teenage girl who recreates popular dance trends on TikTok and doesn’t use her platform to raise awareness about important matters is really worth the hype.