The Catty Shack had its grand opening Wednesday, Sept. 22 during seminar 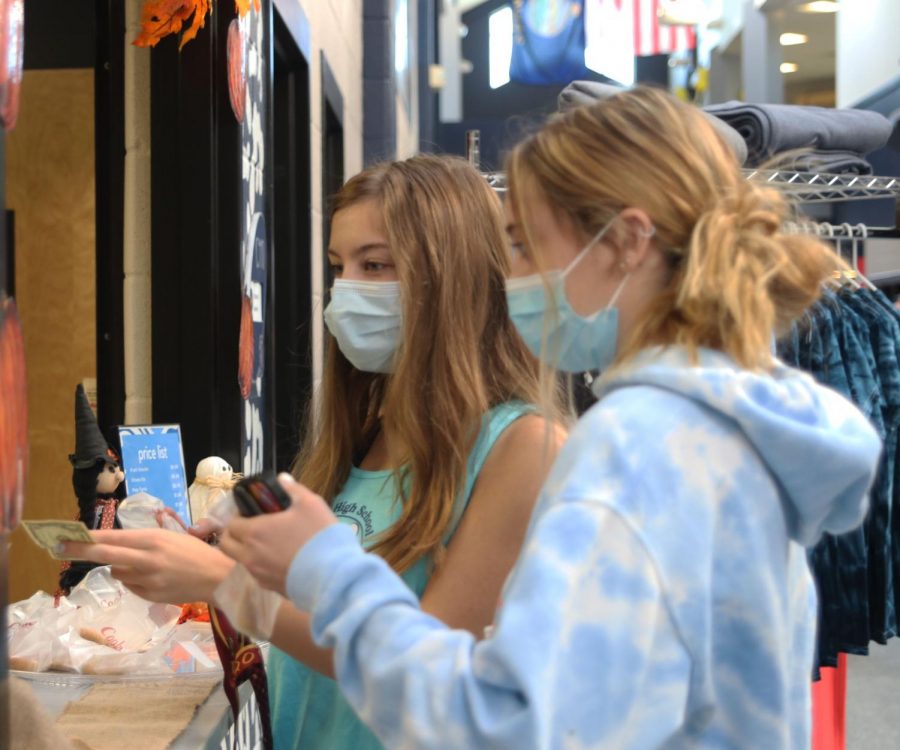 The Catty Shack hosted its grand opening Wednesday, Sept. 22 during seminar. The student-led store offered a variety of merchandise, including the famous tie-dye shirts, jackets, blankets, cookies and much more.

According to Vice President of Productions, senior Carson Howe, the store will be bringing back a lot of old traditions, as well as new ideas.

“We have a lot of new merchandise and we are bringing back the school store on wheels because they couldn’t do that last year. We’re more open during the school day now as well,” Howe said. “We’re in the process of making a new crew neck too. We’re trying to make a big variety of shirts with fun designs and steer away from everything being just blue and silver.”

Designer of the popular tie-dye shirts, senior Claire Franke believes that a smaller staff brings its own challenges, but also makes the team better and more collaborative.

“I would say a big difference this year is that the staff is a lot smaller than it has been in past years. There are only 10 of us, so it’s been a lot,” Franke said. “We have our little departments and there are not very many people in each so it’s been more of a team effort this year to get things up and running.”

Howe hopes that with a small staff they will be able to keep up with the demand for new merchandise.

“We’re having to work extra hard this year to get everything done and ready for us to open,” Howe said. “We are hoping to do some more pop-up shops at football games. We did one a few weeks ago and it turned out really well.”

Franke says that support from customers is the best encouragement.

“We would love it if we could get a lot of support this year. Especially having a small staff we would love it if students would come out to the store and follow us on social media,” Franke said. “We want our presence to be known and are really trying to push that this year because in years past it hasn’t felt like our presence was that big. We just want everyone to know we’re here.”