Bouncing back from their previous draw, the boys soccer team continued their winning streak 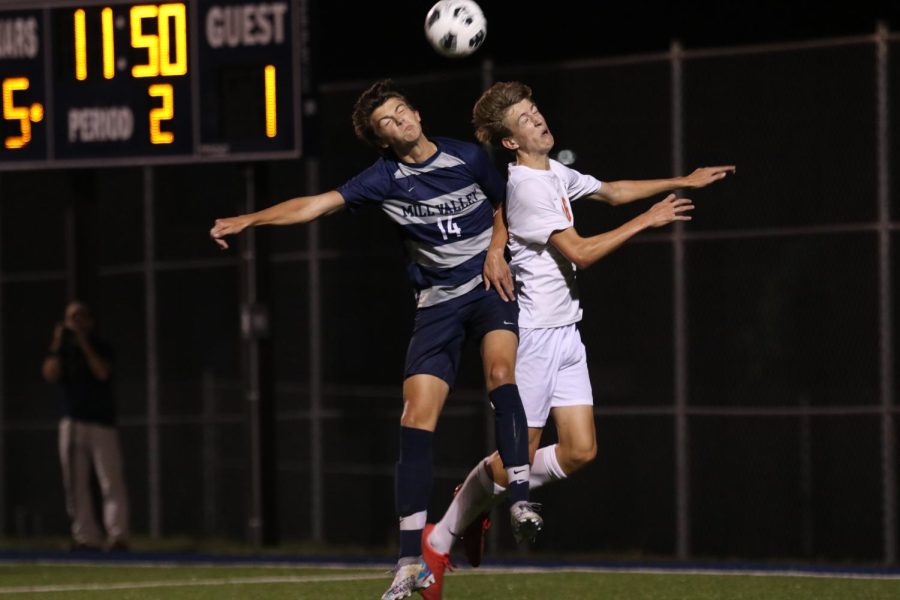 Jumping up, senior Brooks Scheelk goes in for a header.

The team’s success at the game was the result of their hard work, according to senior Ryan Wingerd. As team captain, Wingerd believes that the “team chemistry has been getting better through each game.”

So far, the team has an impressive 10 wins this season. According to senior Garrison Schrag, this can largely be attributed to the fact that there are 13 seniors on the team.

“For some of us this is our fourth year playing together on the high school team so I think this is definitely the culmination of just playing for four years,” Schrag said.

According to Wingerd, Pendleton has been “helping set up tactics and getting players in the right spot and where they need to be.”

Agreeing with Wingerd, Schrag, says  before Pendleton became head coach, the team was just playing soccer, but now they play soccer with “purpose.”

Looking ahead to the postseason, winning at state is the team’s main goal.

Wingerd believes with their success and newfound purpose, the team has a better chance than ever at winning if the team can “just keep dominating.”