Boys basketball pulls out a win over Lansing

With a burst of energy in the second half, the Jaguars beat the Lions 67-57 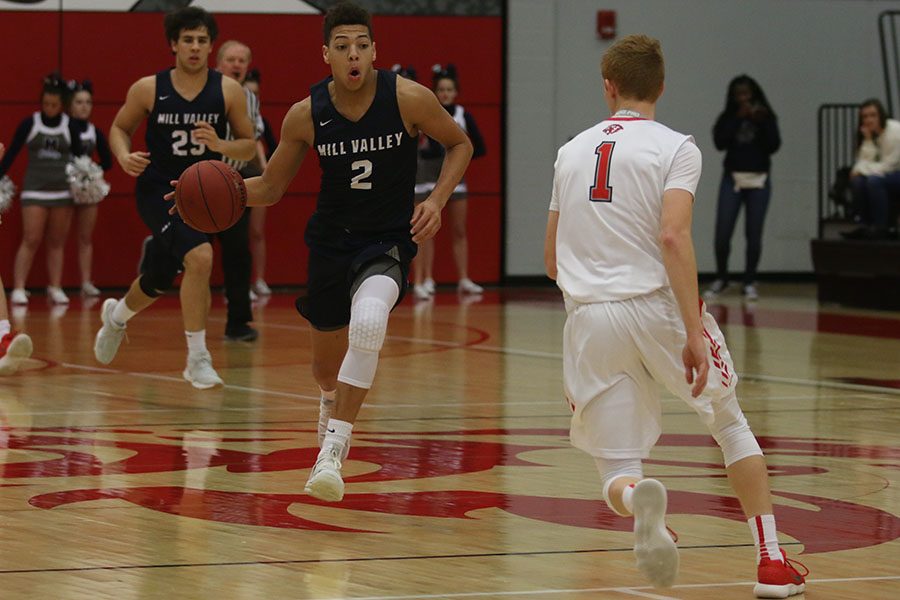 Running down the court, junior Matt Wittenauer faces a Lansing opponent on Friday, Jan. 26. The Jaguars won the game 67-57.

The boys basketball team defeated the Lansing Lions 67-57 on Friday, Jan. 26 at Lansing.

Going into the game, senior Brody Flaming was hoping for a good outcome.

“I was just thinking that we really needed to get a good win,” Flaming said.

Before the second half, Flaming said they were under high pressure.

“It was tough at halftime because we did not have the lead we wanted,” Flaming said.

Flaming believes the increase of energy in the second half was because of their success on the court.

“I think [the increase in energy] is because we went on a little run [of points] and we were feeling really good,” Flaming said. “We brought energy and we don’t usually, so that helped us all around.”

According to head coach Michael Bennett, there were difficulties throughout the game, but the Jaguars still came out on top.

“I thought as the game went on we had some adversity,” Bennett said. “We got through it, we persevered and we were able to do some good things at the end. We hit some shots which helped us.”

According to Bennett, the players’ confidence has a significant impact on the result of the game.

“When you’re confident and you’re winning, you’re doing the right things,” Bennett said. “When you’re not winning and you don’t have confidence, you do the wrong things, which leads to not being successful.”

Bennett said many aspects sparked the motivation throughout this game.

The Jaguars next game is at home against BVSouthwest on Tuesday, Jan. 30.