The team started off the season strong with a win against their intradistrict rival Tuesday, Dec 10 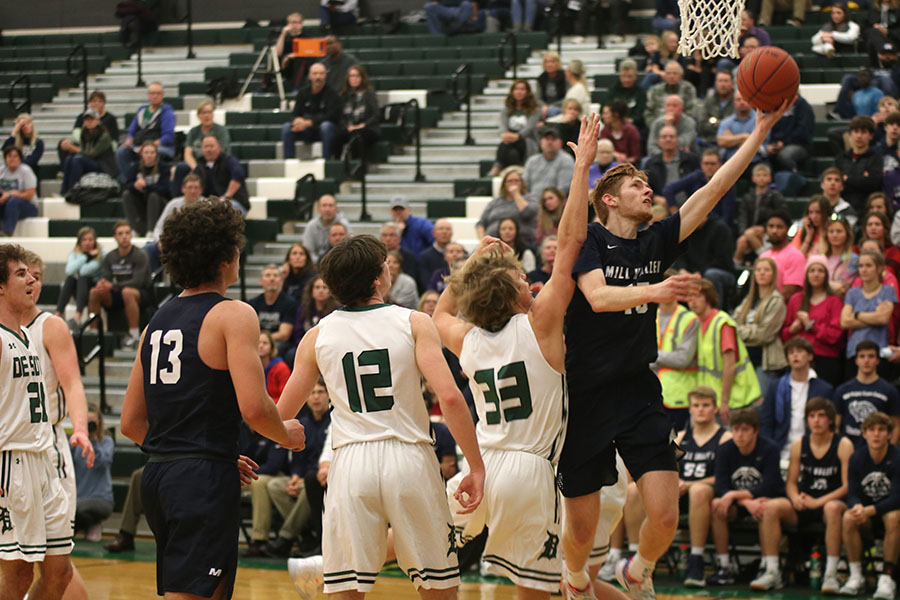 After getting past the defender, senior Braeden Wiltse goes up for a shot. The boys basketball team played in their first tournament of the season with their first competition game being against the De Soto Wildcats, where they defeated them with a final score of 47-42.