Blue Crew had the tailgate Friday, Oct. 8 before the football game 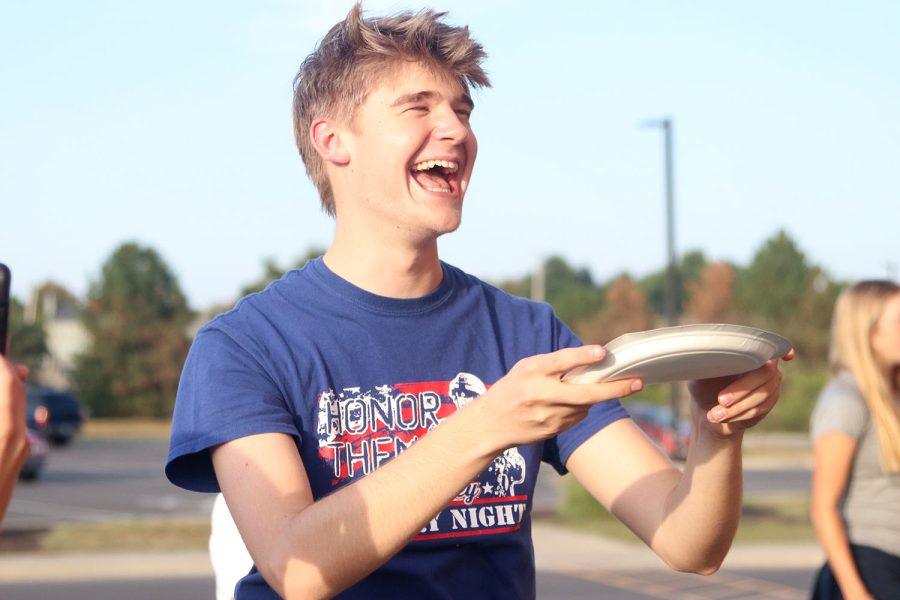 After catching the pancake on his plate, senior Bret Weber begins to cheer.

After a week of planning and many Walmart trips, Blue Crew hosted a pancake tailgate Friday Oct. 8 before the football game

“We planned it pretty quickly. “Monday it was brought up and Wednesday is when we got the stuff together,” Pasley said.

Tailgates are an exciting way to show your school spirit

“I would say tailgates are important because it’s a chance to hang out with your friends before you lose track of them at the football game and other events like that,” Pasley said.

After not having tailgates last year due to COVID-19, everyone was excited to bring them back into full swing. Not only did lue Crew miss having the tailgates, but the students did too. Senior Carson Miller described the atmosphere of the tailgate before the game.

“You are making new friends and you are getting ready and hyped up to support the football team,” Miller said.

Pasley expressed his feelings about tailgates.

“They are pretty fun. We play music and sometimes have food. I’ve been to all the tailgates for the home games,” Pasley said.

Miller explained his thoughts about the next tailgate Blue Crew hosts.