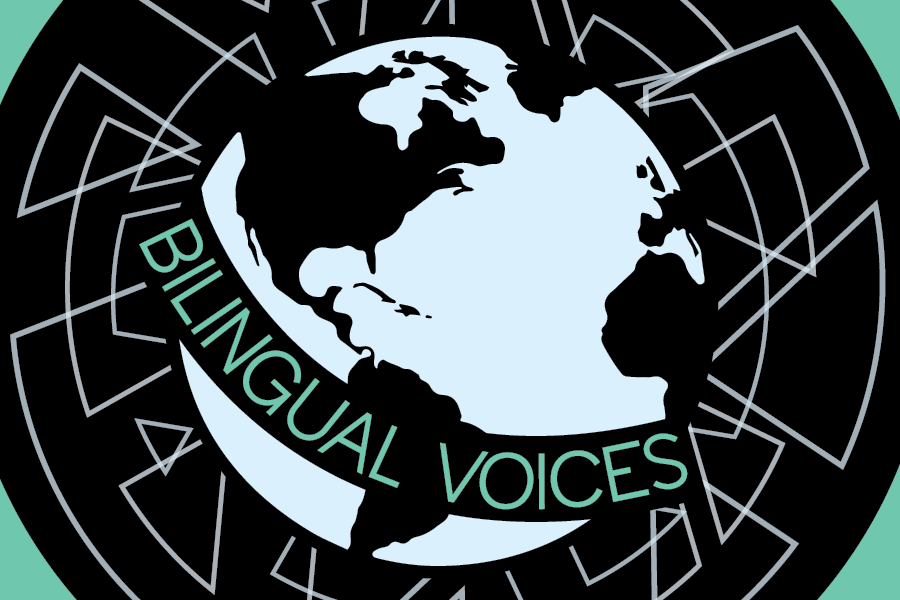 Being bilingual provides students with an avenue of expression

Language is everywhere, surrounding each and every individual with a stream of words, an abundance of culture and a plethora of voices. While different parts of the world express their voices in different ways, it is through language that people can remain connected.

According to sophomore Sofia Nicot, who speaks French and English, learning other languages is an important part of society.

“With the world we live in today, mainly everyone is stubborn with their language [and doesn’t]want to learn another,” Nicot said. “Being able to speak multiple languages opens many opportunities, [because you’re] able to speak with people from different countries. Also, [you get] more job opportunities and a better lifestyle.”

For students like Nicot and senior Fatima Hernandez, a second language has surrounded them since their childhood. While Nicot has been “speaking [French] and hearing it since [she] was a baby,” Hernandez grew up hearing Spanish from her parents, a part of her culture she still expresses today.

“I learned Spanish from my parents, so it was a big part of my life to speak Spanish and keep that culture alive,’” Hernandez said. “[My family and I] go to Spanish mass, and we try to speak Spanish at all times [at home] so we don’t lose that over time.”

“It started in middle school [when] I took a Spanish class and it made sense to me,” Downey said. “I like being able to communicate [in different languages]. I am currently studying French and Spanish and I am researching Farsi, though I’m not very fluent in it.”

While learning a language gets easier over time and with more practice, there are still many challenges that come with it, according to Hernandez.

“Pronunciation can be bad or sometimes I’m just randomly talking to someone [in English] and words come out in Spanish,” Hernandez said. “Spanish teaches you different words [that] you can [use] as alternatives when you don’t really know how to voice yourself in English, [so] sometimes I put a sentence together [in Spanish] and [then] try to translate that.”

According to Nicot, some of these challenges occur because learning another language changes the way people think.

“You have to really think outside the box when you learn another language because you can’t directly translate [phrases] and the structure is completely different, “Nicot said. “It really changes your brain structure.”

However, despite these challenges, Hernandez enjoys being able to speak another language.

“I make poems and notes to myself in Spanish. It’s like my little secret code sometimes,” Hernandez said. “I like speaking Spanish because it’s like a secret language for me. It’s just the way I am. It makes me, me.”

“I’m looking to study linguistics or classics in college, and I think that learning languages has really played into that,” Downey said. “It’s of utmost importance to be able to have good relationships with other parts of the world [and] knowing other people’s languages and understanding them in that way really helps.”