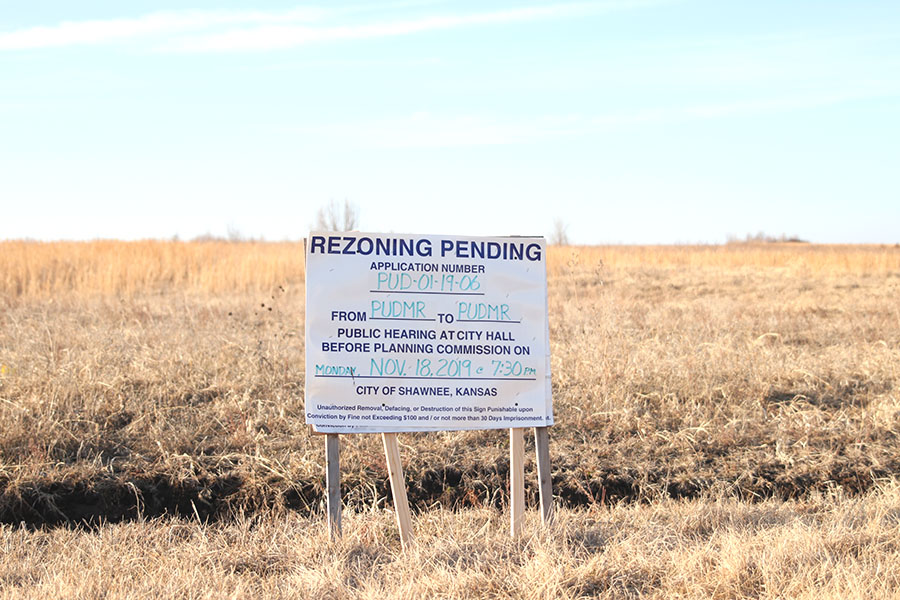 Austin Properties filed to have the land near Woodsonia and K-7 rezoned to allow for multi-family and single-family homes. On Thursday, Dec. 23. city council meeting council members voted 4-4 against the rezoning and construction of Austin Properties proposed plans.

Johnson County development company Austin Properties, owned by Greg Prieb, has filed a lawsuit against the city of Shawnee for denying a $50 million project to build multi-family and single-family homes in Woodsonia, claiming that the city’s denial of the project was unreasonable.

At a Dec. 23 city council meeting, Austin Properties presented their preliminary development plan which was originally proposed and tabled at the Dec. 9 city council meeting. Their plan proposed 384 apartment units to be built on 29.2 acres of land along Woodsonia West, near Johnson Drive and Kansas Highway 7.

This proposal by Austin Properties raised concerns among council members and Woodsonia homeowners who believed the project’s housing was too dense. They saw the proposal as a departure from the city’s vision for Woodsonia.

After opening up the Dec. 23 city council meeting to community and council discussion, the mayor proceeded with a council vote on the proposal, which came to a 4-4 tie. Council members Eric Jenkins, Dr. Mike Kemmling, Stephanie Meyer and Lisa Larson-Bunnell voted no on the proposal, and it fell short of the seven required votes.

Woodsonia homeowners started a petition against the project that Austin Properties proposed in late June. The petition was widely backed by 41 of the 67 surrounding property owners, per the Shawnee Mission Post.

Resident Alicia Backlund, who has lived near the proposed location of the development for the past 18 years and signed the petition, stated that when she originally moved to Woodsonia the property was zoned to be small family homes, not multi-family units.

“Originally it was supposed to be small homes, which would have been fine,” Backlund said. “I just think that the population density would be too much and some of the developments around here that have been multifamily aren’t always built with aesthetics in mind.”

At a Dec. 9 city council meeting, Larson-Bunnell stated that she had major concerns over traffic issues regarding the developer’s plans, which had not specifically outlined the additional number of cars that would travel through the neighborhood on a daily basis.

“I am going to make the argument that [traffic] will have an impact on the residents in that neighborhood,” Larson-Bunnell said at the meeting. “On the whole, these traffic concerns are valid and there is a direct correlation between the number of units in the proposed development and the impact to traffic.”

Larson-Bunnell’s traffic concerns echoed the sentiments of many residents and other council members in the chamber, and the council tabled voting until the Dec. 23 meeting. One such resident was freshman Sophie Sena.

Sena spoke at the Dec. 23 city council meeting, voicing her own concerns about traffic that would potentially block a nearby fire station. Today, she sees the benefits and drawbacks of the potential apartments.

“On one hand, they are a good idea because they open up our community to more diversity,” Sena said. “However, the sudden increase in people could lead to a ‘too many people, and not enough space’ situation that our small community might not be able to handle.”

Mayor Michelle Distler did not respond to a request for comment, but at the city council meeting on Dec. 23 she disagreed with Larson-Bunnell’s traffic concerns. Distler discussed how she drove to the intersection in Woodsonia and watched traffic.

“I watched people coming and going doing the peak hours in the morning and the evening. Never once did I see more than three cars exiting at a time.,” Distler said at the meeting. “When we’re thinking 400 cars, we’re thinking about the exodus of a Chiefs game. I watched the reality… you’re not having all of these cars at one time”

Distler also addressed other concerns about the development’s impact on school size, and also justified the high-density development by arguing that it could attract businesses and visitors to Shawnee.

“The superintendent has said they have more than enough room at the schools,” Distler said at the meeting. “I want to go back to the density…we heard the comments all through the Imagineering sessions. We want restaurants. We want retail. We keep hearing we want these things, but we don’t want the density that is required to get those things.”

Before the city council voted on the proposal, Distler shared her concern that shooting down the plan would scare developers away from Shawnee. 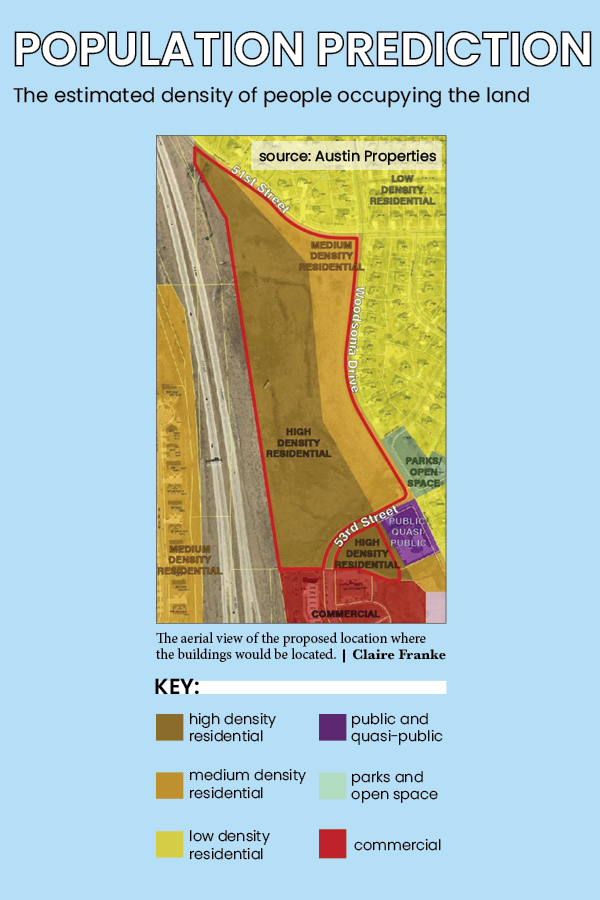 “We are told on a regular basis..western Shawnee is slow to grow because you don’t have the density. Businesses [aren’t coming] to a place that does not have the traffic to support people going to their businesses,” Distler said. “I have been contacted by two developers [who said] if [the multi-family homes proposal] does not go through we are not bringing our development to western Shawnee.”

Austin Homes on the case and did not respond to request for comment.

In the lawsuit, which was filed in Johnson County District Court on Jan. 15, Austin Homes claims the city was both unreasonable and unlawful by denying the developer’s application. The lawsuit alleged that decision was unlawful, as one city council member had a predetermined decision on the project and assisted neighbors with the petition they created to not have the developer’s plans pass.

The developer claims that the Woodsonia West project is in compliance with the city’s comprehensive plan in the lawsuit and that denial of the project is unreasonable and should be overturned.

If Austin Properties wins the lawsuit, their application will be reevaluated by the city.

The proposed property development will be located just north of the point on the map below.