Americans could learn a lesson from Emma Lazarus

In the face of current treatment of Muslims, the Statue of Liberty poem author's words are more meaningful than ever 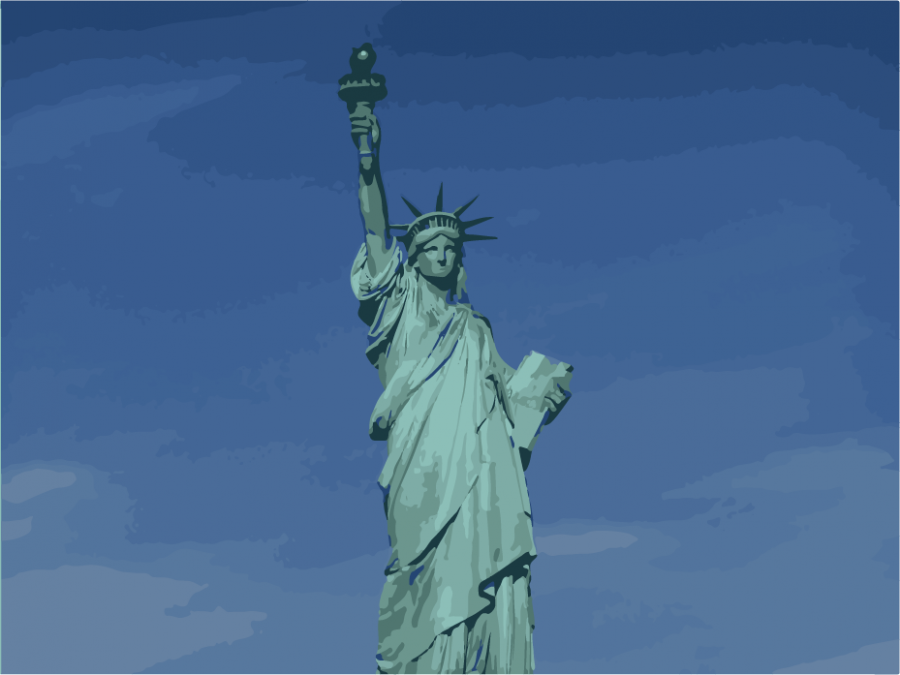 The Statue of Liberty represents America's welcoming spirit, a spirit that arguably has been lost in modern society.

“Give me your tired, your poor, your huddled masses.” Emma Lazarus’s words, immortalized at the base of the Statue of Liberty, once represented an American kindness and inclusiveness. Today, though, the “great melting pot” is being stirred. With newcomers being met not with a warm welcome but with fiery anger and xenophobia, no single group exemplifies this grotesque transformation of American attitudes towards immigrants as much as Muslims.

In the Xinjiang province of China, more than one million Uighur Muslims have been detained by the Chinese government in so-called “re-education centers.” According to reporting from Vox and the New York Times, the Chinese “re-education methods” include torture, imprisonment and waterboarding.

If the Chinese government were to systematically genocide one million Americans, or one million white people or even one million Christians, Americans would not hesitate for even a second in their outrage. In fact, the events of 9/11 — which, while tragic, affected one thousandth as many people as the Uighur genocide in China — created an American hatred for Muslims that, even after 18 years, has not begun to subside.

Americans could live up to the promise of Emma Lazarus and welcome refugees from this genocide (in Lazarus’s words, “the homeless, tempest-tost”). Sadly, that is not the case. Instead, America has chosen to limit refugee caps and deny asylees at the border, policies completely antithetical to Lazarus’s poem.

The same inaction can be seen in vitriolic rhetoric towards Muslims. Our president himself said that any Muslim immigrant “could be ISIS” and claimed that he watched Muslims celebrate while the Twin Towers fell on 9/11 — two claims that are both grossly inaccurate and designed to fuel xenophobic hatred for those most in need of our help.

Instead of rejecting this rhetoric in the spirit of Lazarus, Americans choose to buy into this vitriol and mistreat Muslims in America. According to a Pew Research poll, 19% of Muslims are singled out by airport security each year, 18% are called offensive names and 10% are singled out by law enforcement.

This treatment is a byproduct of a society that has completely forgotten what it once meant to be American. America’s founders claimed the country was founded on equal treatment and acceptance; today, these ideas have fallen out of favor in our xenophobic society. So, as Americans become even more ignorant of the worldwide persecution of Muslims and even more willing to tolerate a president who encourages hatred towards Muslims, another Emma Lazarus quote seems fitting: “Until we are all free, we are none of us free.”

Some Americans would do well to take that quote to heart.