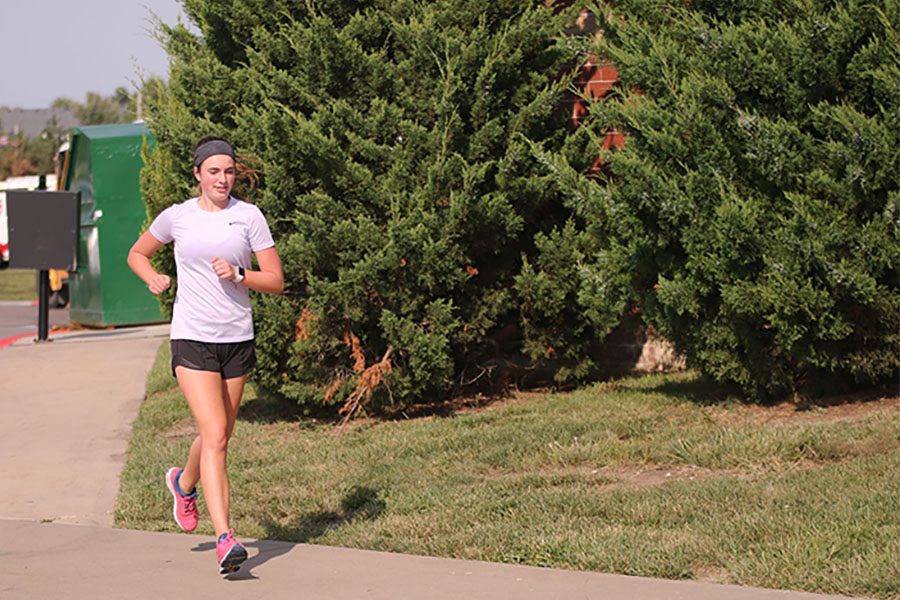 On Saturday, Sept. 14,  sophomore Logan Pfeister medaled for the cross country C team with a 26:12 race time. Two and a half months ago, on Tuesday, July 2, she had open heart surgery. She practiced this season to get her stamina back up to what it used to be. Pfeister previously competed with the JV and varsity team last year.

During the cross country season last year Pfeister noticed she had a shortness in breath while running. She talked to her parents, and they went to the doctors who diagnosed her with an atrial septal defect. The doctors recommended that she undergo a noninvasive surgery to have a device put in her heart.

That surgery failed, so open-heart surgery was the only other option. On July 5, 2019, she underwent a three hour operation to fix the atrial septal defect she was born with. Her heart stopped for approximately 37 minutes and a ventricular assist device pumped her blood during that time period.

After the surgery, Pfeister spent three nights in the ICU and then was released from the hospital with many limitations.

“Some limitations [after surgery] were that I wasn’t able to go on runs or play soccer, so no contact sports. Getting back into [cross country] was extremely difficult because I lost all my muscle mass,” Pfeister said. “After six weeks when [the doctor] told me I was cleared to run, I was kind of shocked, because it’s like going from not being able to do anything to being able to do everything.” 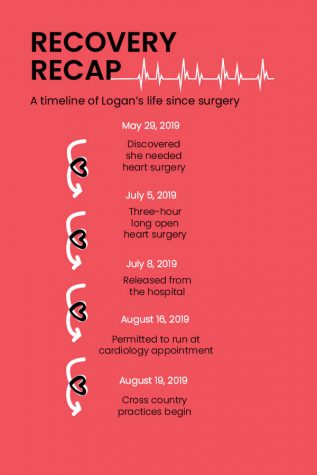 Through every step of Pfeister’s recovery process, the cross country team was by her side supporting her, especially fellow teammate sophomore Katie Schwartzkopf.

“I think the best way I have helped [Pfeister] during cross country season is just by being a friend,” Schwartzkopf said. “I am someone she can talk to when she is feeling any sort of emotion. To be honest it is mostly me ranting and her listening, but that was her entertainment and distraction from what she was going through during cross country.”

Pfeister, who ran varsity with a personal best time of 21:25 last year, is facing new challenges with this cross country season and feeling like she is behind her teammates. She is trying to stay positive and remember that her circumstances are different than everybody else’s.

Cross country coach Chris McAfee has tried to inspire Pfeister to perform to the best of her ability and celebrate her athletic accomplishments.

“My biggest role is to keep her determination and drive in check, keep her expectations realistic and encourage her to recognize and celebrate successes,” McAfee said.

Pfeister, who lettered last season, is currently training with the cross country team and hopes to run at a meet this season. She also hopes that her story will encourage fellow athletes and students to get their heart checked by Athletic Testing Solutions.

Without having her heart checked and noticing that she was out of breath during cross country last season Pfeister might have had heart failure.

“If you’re an athlete in school, you should definitely go and get your heart tested. You may never know [if you have a condition]. I never thought that [open-heart surgery] could be a possibility,” Pfeister said. “[Getting tested] could save your life, and it’s definitely worth it because you never know; you could actually have a heart condition.”