The miscommunication means that all juniors will be required to retake the test Tuesday, April 6 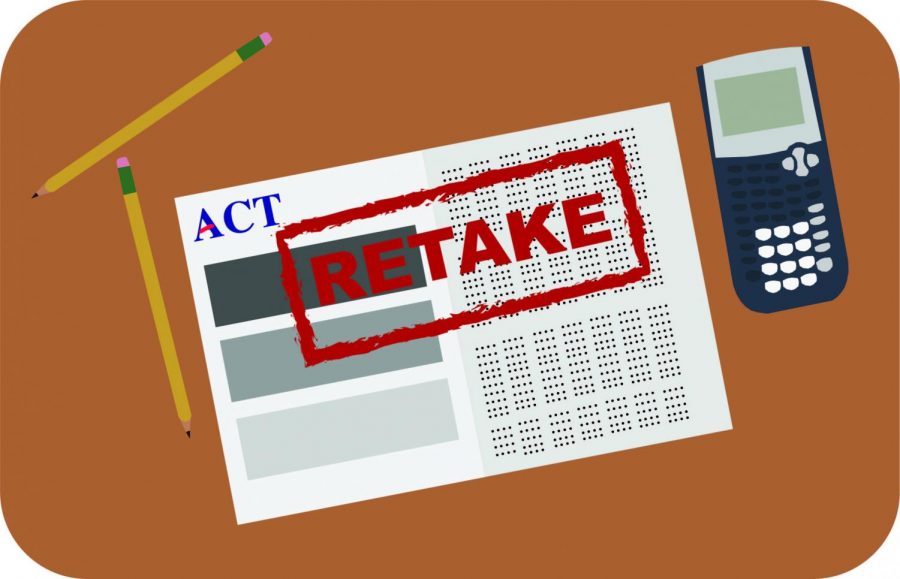 ACT notified the district that they will not score the exam administered on Tuesday, March 2. Juniors will now be required to retake the exam on Tuesday, April 6.

In a statement from ACT, the organization said that a misadministration occurred during the administration of tests by the district on Tuesday and Wednesday, March 2-3.

“ACT discovered that a misadministration occurred during testing at Mill Valley High School and De Soto High School on March 2-3. Misadministrations occur when test administration and security protocols are not followed. Due to the high-stakes nature of the ACT test and the importance of valid and reliable scores for students, high schools, and colleges to make decisions about students’ futures, ACT must adhere to strict procedures and policies for when testing materials can be used. As a result, ACT will not be releasing the scores of those students deemed to have tested under a misadministration. We cannot provide any further details about the misadministration,” the statement said.

Despite the misadministration of the original tests, ACT says that they have been communicating with the district to resolve the issue and allow for students to retake the ACT.

“ACT is offering affected students an opportunity to retake the ACT during a future test date. We have been communicating with the affected high schools and providing them with information about their options,” the statement said.

Due to a miscommunication within the ACT organization, all juniors who took the March 2 and 3 ACT will need to retake the exam on Tuesday, April 6, according to a district-wide memo.

Upon receiving Mill Valley and De Soto’s completed exams, the ACT informed the district that none would be graded, according to the memo sent to students and parents via Skyward Tuesday, March 23 at 2:00 p.m. The district appealed the decision, but the ACT compliance committee did not change its final ruling.

“Building leadership, test coordinators and staff were excellent in preparing and proctoring tests,” the memo said. “The decision by the ACT committee to require retakes speaks to ACT’s internal documentation and communication missteps, among themselves, and with school clients.”

According to district accreditation and assessment director Michelle Hite, the school communicated with ACT after a combination of inclement weather days and parent-teacher conference off days resulted in USD 232 being unable to administer the tests during the ACT’s specified window.

Hite said that she contacted ACT to ensure that the district’s new test dates were permissible — Tuesday, March 2 and Wednesday, March 3 — and received confirmation that the tests could be administered. When she appealed to ACT to have the tests scored, though, they did not take Hite’s prior confirmation of the dates under consideration, and the appeal was not ultimately approved.

Making it abundantly clear that the district was not at fault for the outcome of the ACT committee’s decision, Hite stated that the district got confirmation from ACT to administer the tests on Tuesday and Wednesday, March 2-3.

Though Hite knows some juniors and their families will be disappointed with the need to retake the test, she believes that students will be resilient enough for everything to work out.

“We’re very disappointed. We certainly did not want this for our students,” Hite said. “I think if we have learned one thing in this year where nothing has been normal, it’s that this is a place where our students and our teachers have learned that once again, we’re going to be great at pivoting. This is going to be OK.”

Mill Valley News reached out to ACT for comment, but at the time of posting had not received a reply.