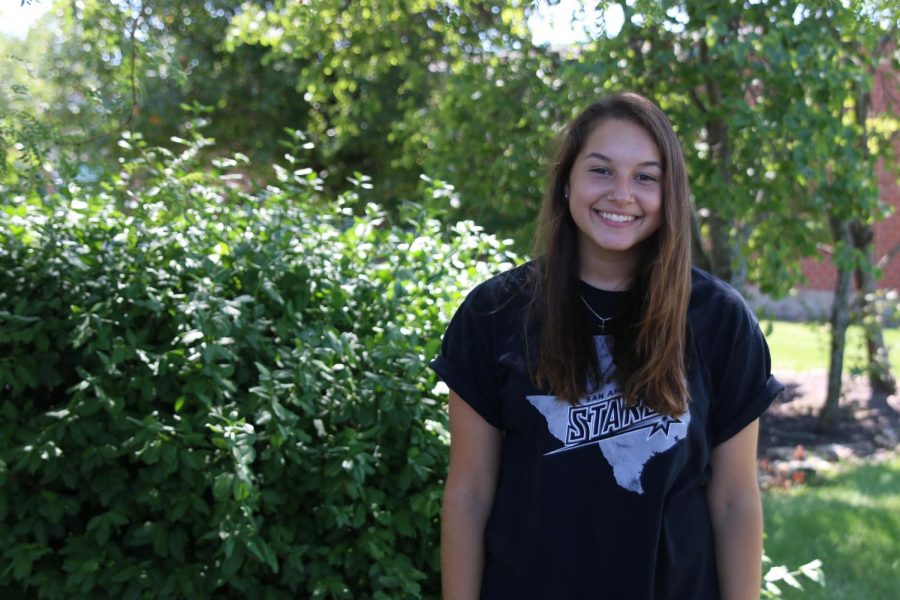 Everybody wants to be who they are, but in high school they don’t always get that chance. High school is full of expectations and drama that labels teens based off their appearance. Every day teens are categorized by the typical labels of populars, geeks, jocks and outcasts. The problem is that not everyone fits into these categories, but are still judged based on how they look.

Teenage boys are expected to have a tall, strong athletic build and to be competitive in sports, but not all boys fit that stereotype. As for girls, they are expected to have a skinny body, clear skin and good style, but like boys, the majority of girls don’t fit that stereotype. According to Psychology Today’s survey, about 90 percent of teens aren’t happy with their bodies.

When you think about beauty, body image and attractiveness are the first things that come to mind, but beauty is really how we think of ourselves, not what others think of us. Yet through social media and celebrities, we are told that we must look a certain way to be beautiful. Both boys and girls beat themselves up to get that “perfect image” of a muscular build with rock hard abs or a skinny body and big hips, which are unrealistic goals for teens and adults to have be

cause a “perfect body” doesn’t exist.

Approximately 20 percent of girls and 27 percent boys spend five out of seven days a week at the gym in order to obtain their goal of the “perfect body” according to a survey by Psychology Today. But, there’s a huge problem with their goal. Each person’s body type is different and unique. Some people have a high metabolism rate, which helps them lose weight easily, while others have a slow metabolism rate causing them to gain weight easier. With several different diets and workout routines, not everybody knows what works for them and their body type. According to Psychology Today, two out of three teens use the wrong diets and routines to lose weight. This can lead teens to starvation, which can cause eating disorders all because of the influence of those around them.

The impact that social media has on millennia’s is drastic. Because of social media, teens see everyday models in perfect lighting and bodies, causing them to set an unrealistic image in their mind on how they want to look. The majority of girls feel they need to dress up and wear a face of makeup in order to “feel” pretty, and boys feel they have to be muscular and athletic because that’s what they see plastered all over social media.

Judgment on appearance doesn’t just occur at school, but at home as well. According to the Dove Self Esteem Fund, 57 percent of girls and 28 percent of boys have a parent who criticizes their appearance. When a parent whom you should trust and who gives you support criticizes you, insecurity drastically increases and influences how others may think of you. Especially with the high expectations from parents, adding on self insecurity on top of that may lead to anxiety and depression.

There is no perfect body or perfect person. Everyone is unique and shouldn’t feel the need to conform to society’s standards. Beauty isn’t how someone looks, but how someone feels.

“Love yourself for who you are,” blogger Henrik Ederberg said, “not how you look.”